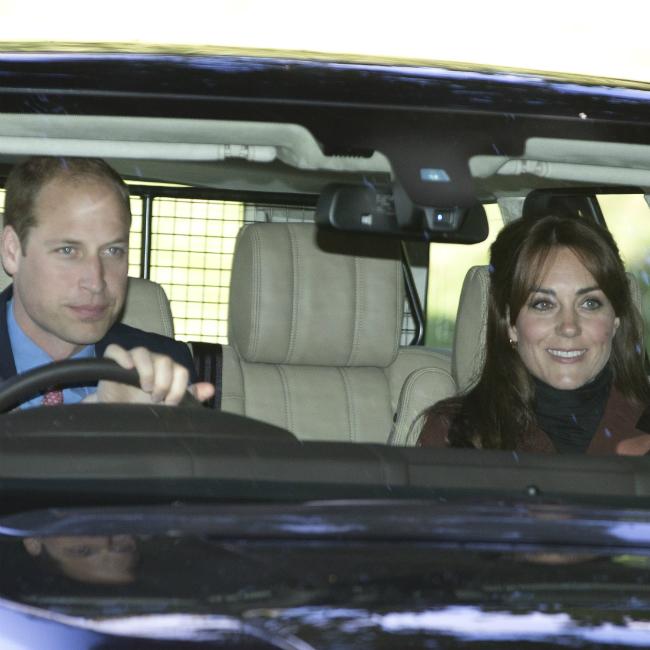 Britain’s Duchess of Cambridge has had her hair cut.
The 33-year-old royal showcased her new middle-part fringe and shorter locks while travelling to church with her husband Prince William, 33, in Scotland on Sunday (13.09.15).
Her chocolate tresses were combed back into a half-up-half-down ‘do, while her stylish bangs framed her dainty features.
The Duchess, who was known as Kate Middleton until she married William in 2011, was dressed in a maroon cross-over coat and black turtleneck blouse, while her royal spouse opted for a navy suit and tie combination.
The couple were full of smiles as they made their way through the traffic in their plush Range Rover towards the place of worship, while waving vigorously at onlookers.
Catherine is certainly no stranger to changing up her look a little as a few months back she added some character to her luxurious locks by cutting in some choppy layers.
The couple – who reside in Norfolk – arrived in Scotland last week with their two children, Prince George, two, and Princess Charlotte, four months, as they celebrated Queen Elizabeth becoming the longest reigning monarch.
Meanwhile, the Duchess is set to return to royal duties this week after four months maternity leave.
She will make her first official engagement on September 17 when she will visit the Anna Freud Centre as her involvement with children’s mental health charities gets underway, according to HELLO! magazine.
The Princess previously released a statement via Kensington Palace stating how she and William intend to “play a part” in the improvement of mental health services and to address the issues in order to “benefit young people.”