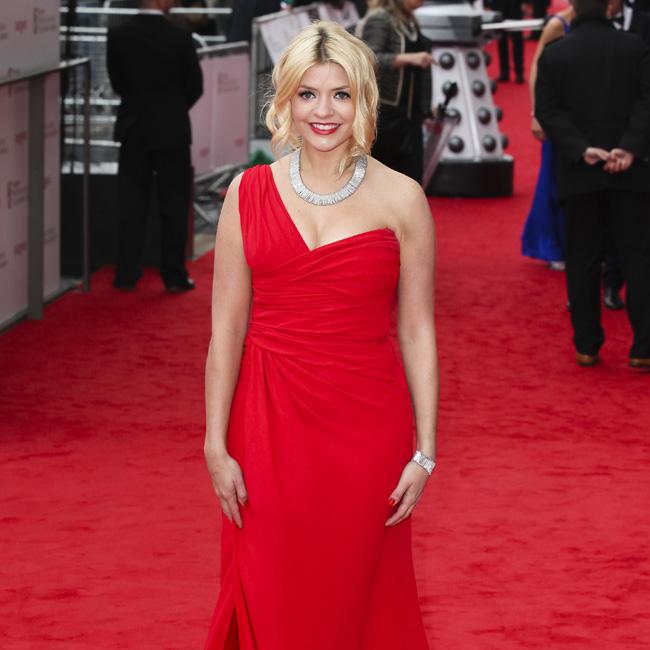 Britain’s Duchess of Cambridge’s new hair do inspired Holly Willoughby to chop her fringe live on television.
The ‘This Morning’ presenter, 34, asked the royal beauty’s hairdresser Richard Ward, who was appearing on the breakfast show yesterday (15.09.15), to cut her bangs into a similar style he recently gave the 33-year-old Duchess.
Looking at her co-star Phillip Schofield, Holly asked: “Shall I cut it?” as Richard worked his magic on three lucky viewers.
Turning to the royal stylist, the blonde stunner decided to go with the chop, adding: “Go on then… but not too short, don’t scare me!” as a frightened expression grew across her face.
After Richard finished up her ‘gringe’ – a term used to describe a grown-out fringe – Holly beamed and said: “Oh this is lovely, thanks very much… I’m having a lovely day!”
She added to the viewers: “Ta da! What do you think?… I love it when it’s up because I’m always tying my hair up at home and it gives a bit of business around the front.”
Meanwhile, Catherine, 33, showcased her new middle-part fringe and shorter locks while travelling to church with her husband Prince William, 33, in Scotland last weekend.
Her chocolate tresses were combed back into a half-up-half-down ‘do, while her stylish bangs framed her dainty features.
The Duchess, who was known as Kate Middleton until she married William in 2011, was dressed in a maroon cross-over coat and black turtleneck blouse, while her royal spouse opted for a navy suit and tie combination.
Catherine is certainly no stranger to changing up her look a little as a few months back she added some character to her luxurious locks by cutting in some choppy layers.