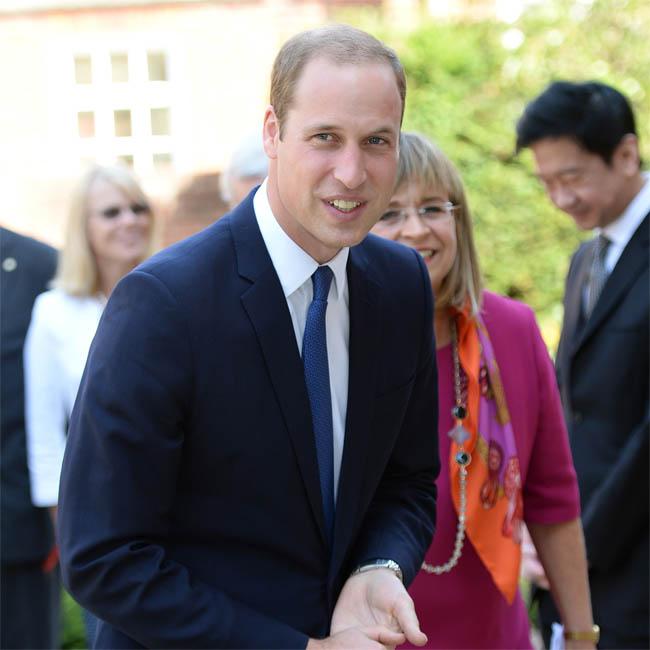 Britain’s Prince William enjoyed a “dirty” story at a Battle of Britain event in Lincolnshire yesterday (22.09.15).
The heir apparent was entertained with a tale from former Spitfire pilot Ken Wilkinson, who flew in the fight that was held in the skies over England 75 years ago.
According to The Evening Standard newspaper, Ken chatted to the Duke of Cambridge before he confessed: “I’m under instruction not to tell dirty stories”.
But an unabashed William insisted the war veteran should tell his tale.
Ken recalled the story of a man named Joe who became the “captain” of his local golf club and insisted on only being referred to by his new title.
After a celebratory dinner to mark his new position, the man goes home, undresses and gets into bed with his wife, announcing himself as “the captain”.
The wife said: “You have to be quick – Joe will be home soon!”
After the verteran amused the prince with his bold tale the pair chatted about the aircraft used during World War II.
Ken was keen to hear whether Prince William had flown a Spitfire. The prince said: “My brother’s been up in one and I’m dying to do it.”
William, 33, later took a 45-minute flight in a Chipmunk training aircraft arranged by the Battle of Britain Memorial Flight.
The day formed part of the 75th anniversary commemoration of the Battle of Britain, which took place from July to October 1940, and saw Britian beat Hitler’s Luftwaffe.