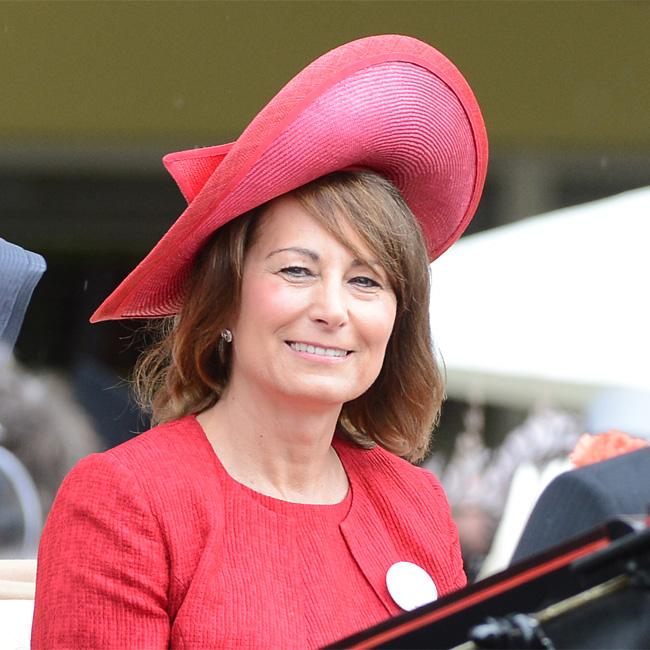 Britain’s Duchess of Cambridge’s mother Carole Middleton was spotted shopping for her granddaughter Princess Charlotte in London at the weekend.
The 33-year-old royal’s mum was seen browsing in Trotters Childrenswear on King’s Road in Chelsea as she stocked up on cute little dresses and cardigans for the little one, according to photographs obtained by E! News.
Carrying a large bag filled to the brim with ensembles for the four-month-old baby, Carole strutted her stuff along the high street in a pair of patterned cigarette pants and a blazer.
Throwing a pair of dark shades over her eyes, the 60-year-old businesswomen felt the wind in her hair as she pounded the pavement in a pair of sweet little black ballet flats.
It’s not known if the ex-flight attendant picked anything up for her grandson Prince George, two, during her shopping spree but she was also seen with a Russell & Bromley bag.
Meanwhile, Charlotte was born into a “traditional” family and won’t be allowed to wear a frock until she can walk.
Rachel Riley, Catherine’s favourite children’s wear designer, said previously: “Because they’re a traditional family, I’m sure that she’ll wear baby suits for the first year, and then only when she’s walking will she then move into dresses.”
And the designer thinks that the little princess has a while to wait before she’s allowed to even wear two-piece sets.
She added: “Even in terms of separates, I don’t think she’ll be wearing separates until much later.”