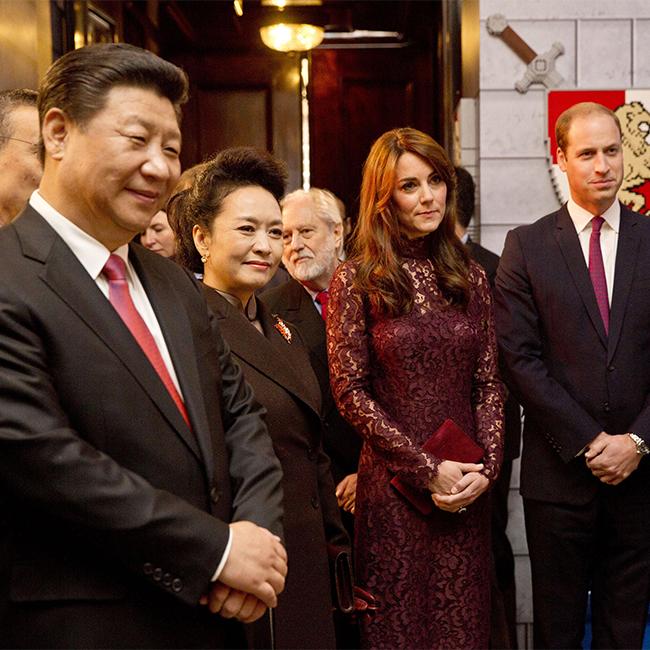 Britain’s Duchess of Cambridge wore a designer dress as she attended a cultural event with the Chinese president.
The 33-year-old royal looked stunning as she chatted with her husband, the Duke of Cambridge, and President Xi Jinping and his wife Madame Peng Liyuan.
The beautiful purple lace dress, which costs £1,850, was made by luxury fashion house Dolce & Gabbana and showed off her trim figure only five months after giving birth to Princess Charlotte.
And the designers have made no secret of the fact they would like to design outfits for Her Royal Highness.
Domenico Dolce and Stefano Gabbana said previously: “She dresses ‘just right’, as we’d say in Italy. Nothing too exciting, no excesses. Which is what is called for, in a princess.
“She has class. If she asked us, of course we’d design something for her, but you know, I think it’s brilliant the way she wears only English labels. That’s an important message to send out.”
And on Tuesday (20.10.15), the Duchess attended her first state banquet in a red dress complete with capped sleeves and a belted waist, designed by Jenny Packman.
When asked if they work together on designs, Jenny previously said: “Absolutely. It’s always quite a collaboration.”