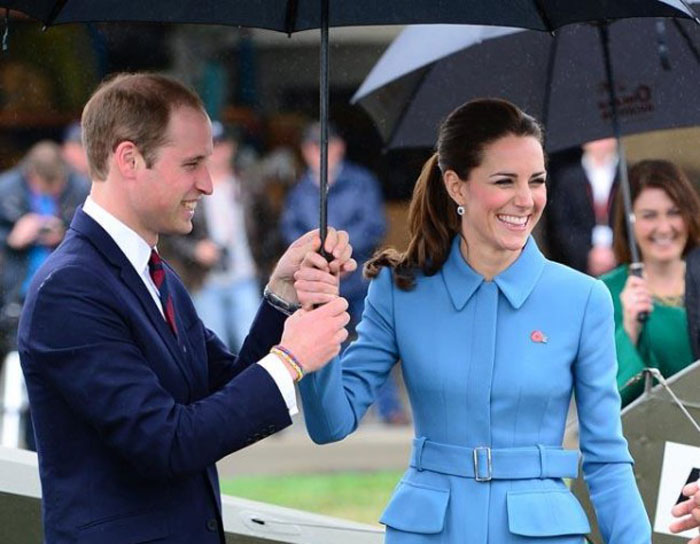 Britain’s Duke and Duchess of Cambridge are reportedly set to meet social networking bosses to discuss cyber-bullying.
The royal couple, who have son Prince George, two, and six-month-old daughter Princess Charlotte, are keen to meet with executives of Facebook and Twitter to work out a way to prevent bullying online and shield the targeted teenagers.
A source told The Times newspaper: “Their role as parents is definitely shaping their perceptions on the issues.
“As parents themselves they want to speak out and see what more can be done for young people who are victims of cyber-bullying and all forms of bullying.”
Meanwhile, the loved-up pair, who got married in 2011, are strong advocates for mental health awareness and have announced they’re making it their mission this year to help stamp out stigmas attached to the illness and tackle bullying.
Duchess Catherine, 33 – who is patron of a number of children’s charities including student counselling organisation Place2BE – recently released a statement saying how she intends to “play a part” in the improvement of mental health services in order to “benefit young people”.
The brunette beauty said via Kensington Palace: “I feel strongly that young people and parents need to know that they can ask for help.
“Just as with physical health, we need to act early to provide support when a child is faced with emotional difficulties.”
She added: “This is a discussion that William and I hope to play a part in during the months and years to come.
“We welcome all work to highlight this important issue for the benefit of all our young people.”