Prince Charles gets kissed by stranger on NZ tour 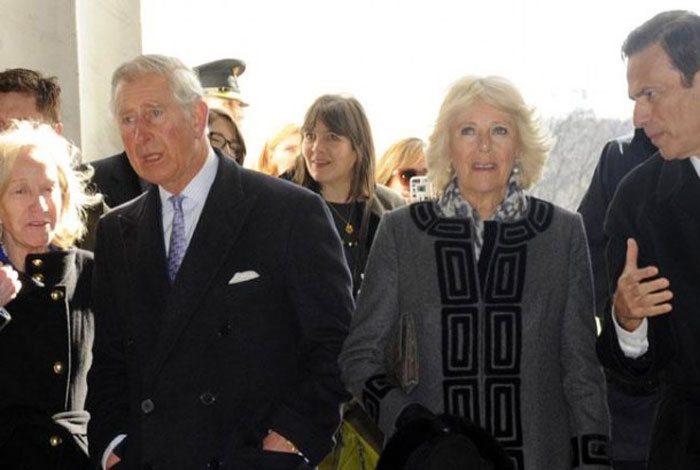 A woman grabbed and kissed Britain’s Prince Charles during his visit to Dunedin, New Zealand, yesterday (05.11.15).
The 66-year-old royal was left stunned when him and his wife Camilla, 68, hopped off a train in the city and Lesley Hayde, who is originally from Yorkshire, North England, flung her arms around him and gave him a big smacker.
Speaking to stuff.co.nz, she said: “When he came out, I shouted, ‘Give us a kiss, give us a kiss, Charlie.’ I couldn’t believe it when he turned around and came towards me.”
She added with a huge grin: “He said, ‘Oh I don’t know if we should kiss’, and I just grabbed him and we got a kiss, and we got a kiss from Camilla afterwards.”
However, Lesley was left fearing for her future when royal security bounded through the crowd and led her away.
She explained: “I thought, ‘Oh my god, I’m going to end up in that big prison behind me. But it was brilliant.”
Meanwhile, the royal couple, who got married in 2005, are currently on a six-day tour of New Zealand, before they’ll wrap up there and head to Australia on November 10 to visit Adelaide, Canberra, Sydney, Albany and Perth.