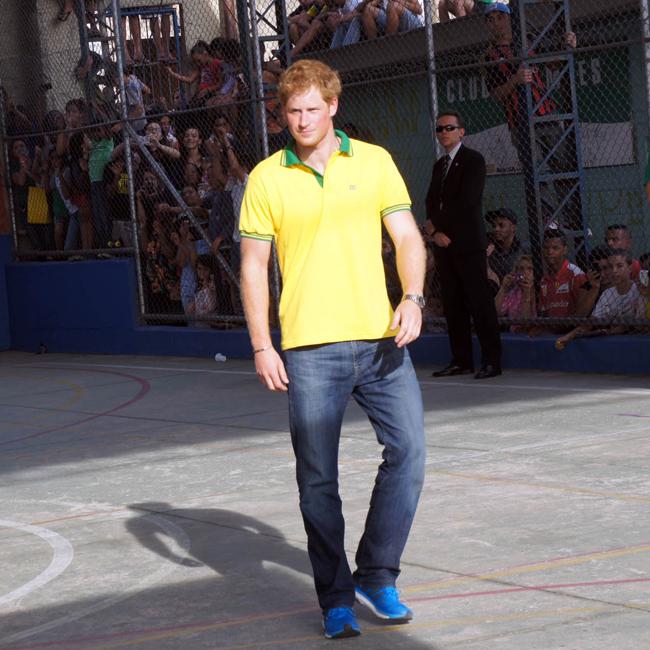 Britain’s Prince Harry has “treasured every memory” since meeting the late Nelson Mandela.
The 31-year-old royal ended his tour of South Africa yesterday (03.12.15) by meeting the late anti-apartheid leader’s widow Graca Machel, 70, who gave the flame-haired prince a tour around the Nelson Mandela Centre of Memory in Johannesburg.
In a speech, Harry praised Mandela and insisted he will “never be forgotten”.
He said: “I can think of no better way of ending my visit to South Africa than by joining you this evening to remember Madiba as we approach the anniversary of his passing.
“I know he is missed by a generation, a nation and most keenly by his family. However, he will never be forgotten.
“I was fortunate enough to meet Madiba a number of years ago and I have treasured that memory ever since.”
Earlier in the day, Harry – who was once left red faced after a nude picture of him playing strip billiards leaked online – met kids at Siyabonga Secondary School in Braamfischer, Soweto, and urged them not to follow in his footsteps when it comes to the “bad things”.
He said: “I would never want anyone to follow me in the bad things I do, only the good things.”
The prince concluded his visit, which has seen him meet President Zuma and Desmond Tutu among others as well as paly barefoot rugby with disadvantaged youngsters, by thanking everyone he has met in the country.
He said: “I would like to end by thanking all South Africans I’ve met for their warm welcome & hospitality.”