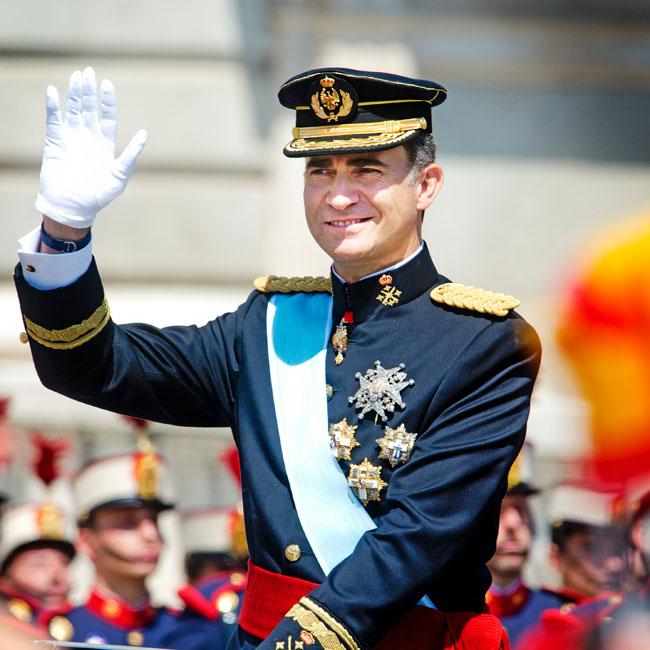 Spain’s King Felipe VI and Queen Letizia are to visit the UK.
The royal couple are to head over to Britain for a three-day visit from March 8-10, where they will reside at royal residence Windsor Castle in Berkshire.
An announcement on the official British Monarchy website stated: “King Felipe VI, accompanied by Queen Letizia of Spain, has accepted an invitation from The Queen to pay a State Visit to the United Kingdom from 8th to 10th March 2016.”
King Felipe and Queen Letizia will follow in the footsteps of King Juan Carlos and Queen Sofia.
Carlos and Sofia made the last state visit from Spain to the UK in 1986.
Two years later, Queen Elizabeth and the Duke of Edinburgh returned the favour by heading over to Spain in 1988.
Letizia is used to mixing with important people and in September she spent her birthday with US President Barack Obama and his wife Michelle.
The royal celebrated the milestone by touring the White House in Washington, DC with her husband after starting the day with a visit to Mount Vernon, the home of the George Washington.