Duchess of Cambridge wears tiara once owned by Princess Diana 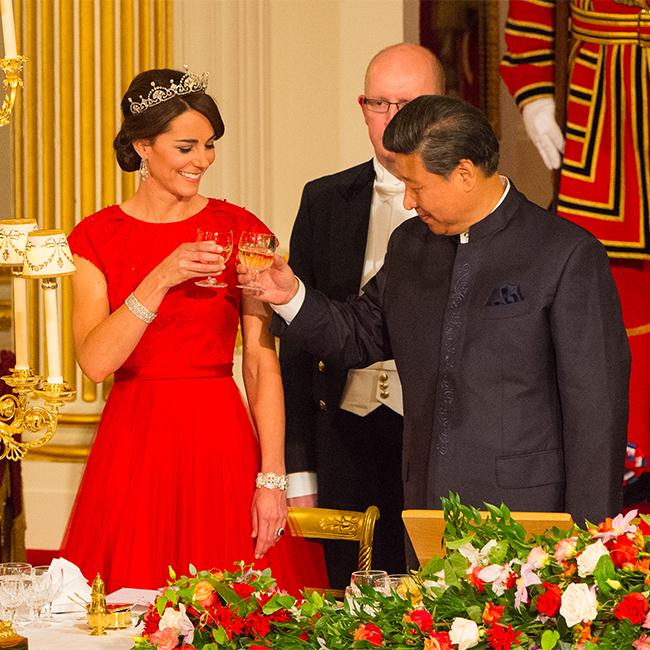 Britain’s Duchess of Cambridge wore a tiara once owned by the late Princess Diana to the Diplomatic Reception at Buckingham Palace.
The 33-year-old royal – who married Prince William in 2011 – attended the annual event wearing the tiara that was originally made by Queen Mary in 1914 to her own design from pearls and diamonds that were already the possession of the royal family.
The striking-looking design is, in fact, a copy of one owned by her grandmother, Princess Augusta of Hesse, who married the first Duke of Cambridge in 1818.
Queen Elizabeth inherited the tiara from Queen Mary and she subsequently left it to Princess Diana, who wore it for the first time at the state opening of parliament in November 1981.
Earlier this week, meanwhile, the Duchess’ husband, Prince William, revealed he feels defined by his royal status.
The prince recently visited an anti-bullying workshop in Birmingham, England, where he was asked to participate in an activity designed to identify differences between people.
During one of the activities, Prince was asked to write down something that defines him, and he scribbled: “I am prince.”