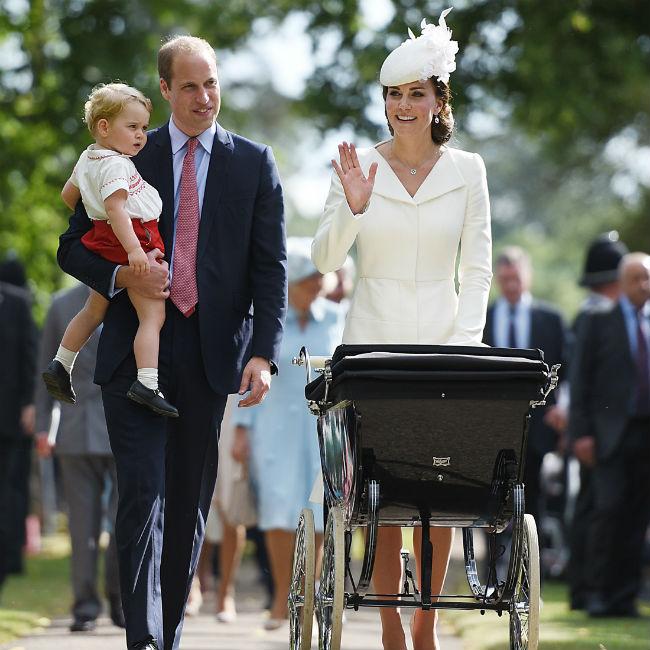 Princess Charlotte will spend her first Christmas with her great-grandmother Queen Elizabeth.
The British royal – who was born in May – will spend Christmas at the queen’s Sandringham estate with her parents, the Duke and Duchess of Cambridge, her brother Prince George and various members of the royal family.
William and Catherine have decided to have Christmas lunch at Sandringham and are also expected to spend the night at the queen’s home, which is just a few miles from their Norfolk estate, Anmer Hall.
According to the Sunday Express, the couple will give their staff the day off.
William previously revealed that George, two, is extremely excited for Christmas.
Asked what he’ll be doing to mark the big day, the prince said: “Well, if I get any sleep on Christmas Eve it’ll be good, because George will be bouncing around like a rabbit. I think George will be extremely bouncy this year because he’s suddenly worked out what Christmas is all about.
“So that will be two children, one who suddenly appreciates Christmas, which could be quite challenging. But I’m looking forward to it.
“We’ll go to church as a family on Christmas Day, as we always do. Then we’ll watch George try to tackle his presents as he tries to unwrap them.
“It’s a very different experience at Christmas, having a family of your own. It’d be nice if we got a white Christmas because we haven’t had one in many years.”