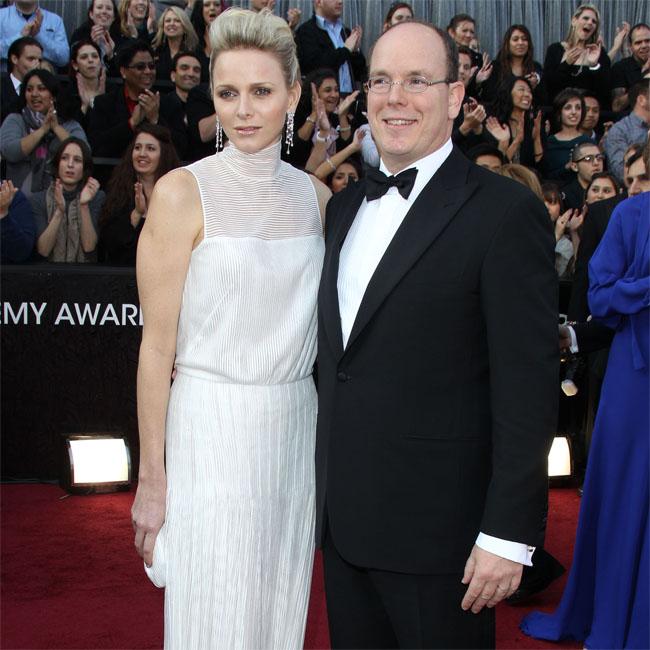 Monaco’s Prince Albert and Princess Charlene have unveiled their Christmas card.
The festive letter features a stunning photograph of the couple and their 12-month-old twins Prince Jacques and Princess Gabriella alongside a message written in French, English and Monegasque.
The card reads: “All our best wishes for a Merry Christmas and a New Year 2016 filled with joy.”
Although the family are royals they appear to have faced all the same troubles a regularly family would experience while attempting to have their young children pose for a photograph.
In People magazine’s exclusive first look at the family Christmas card, Prince Jacques appears mesmerised by the camera but his sister Gabriella is distracted by an apple she’s busy chomping on.
The image was captured at the family’s Roc Agel retreat last month by photographer Christopher Morris in keeping with Charlene’s wish for an informal family portrait.
The couple and their “good little rugrats” also made a short video during the trip.
Speaking about raising twins, Prince Albert said previously: “You never know how kids are going to turn out. But if these first few months have been any indication, it’s going to be an incredible joyride and an incredible experience.”