Ant and Dec with Charles when making documentary 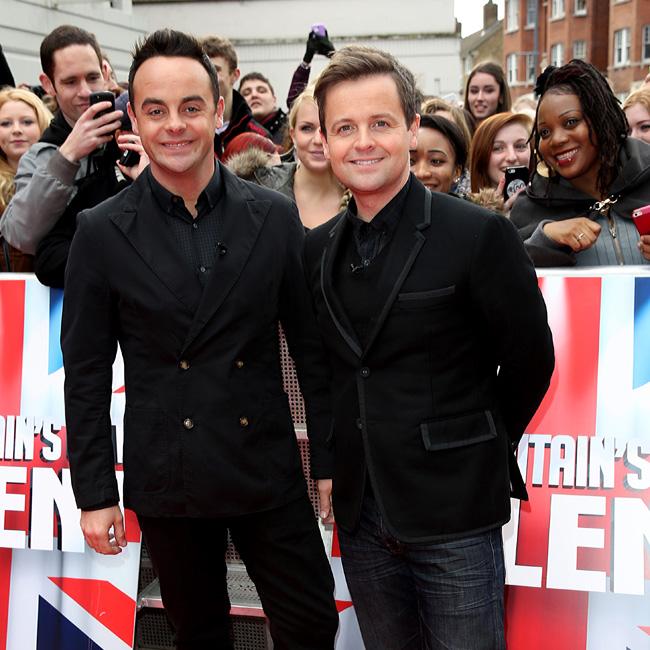 Ant and Dec have confessed they got a “bit over familiar” with Prince Charles when filming an upcoming TV documentary with the British royal.
The presenters joined the heir-to-the-throne to make ‘When Ant and Dec Met the Prince: 40 Years of the Prince’s Trust’ to recognise the landmark date for the prince’s charity.
Although the cheeky pair were told what royal protocol to follow, they admit they “grabbed” and “slapped the Prince of Wales during filming as they were getting on so well with him.
Ant, 40, said: “Protocol wise, we did occasionally forget stuff … I did find myself getting a bit over familiar and grabbing His Royal Highness and slapping him on the back a bit – I had to keep stopping myself.”
Ant also thinks Charles, 67, had some trouble understanding his ‘Geordie’ accent when they made the documentary, and he seemed to understand Dec much better.
The star – who, like his friend Dec, is from Newcastle upon Tyne in the North East of England – revealed: “We had no issues with his accent, but I think he may have had a few with mine. I would ask him a question and sometimes he would just smile. Then Dec would ask the same question and get a full answer.”
Dec, 40, insists it was a privilege for him and his ‘I’m A Celebrity… Get Me Out Of Here!’ co-host to get to meet Charles and get to see for themselves the work the Prince’s Trust does with young people all over the UK and the importance of the charity to the senior royal.
Dec said: “We were genuinely surprised at how much the Prince’s Trust means to him on a very personal level. We saw him with people he’d met through the Trust.
“He just talks to them and makes them feel relaxed. He knows all their stories, he remembers all these little details.”
The 90-minute documentary also features Charles’ sons Prince William and Prince Harry speak at length to Ant and Dec about their father and recall stories from their youth and the influence he’s had on them now they’re adults.
‘When Ant & Dec Met the Prince: 40 Years of the Prince’s Trust’ will air on January 4 at 9pm on ITV.