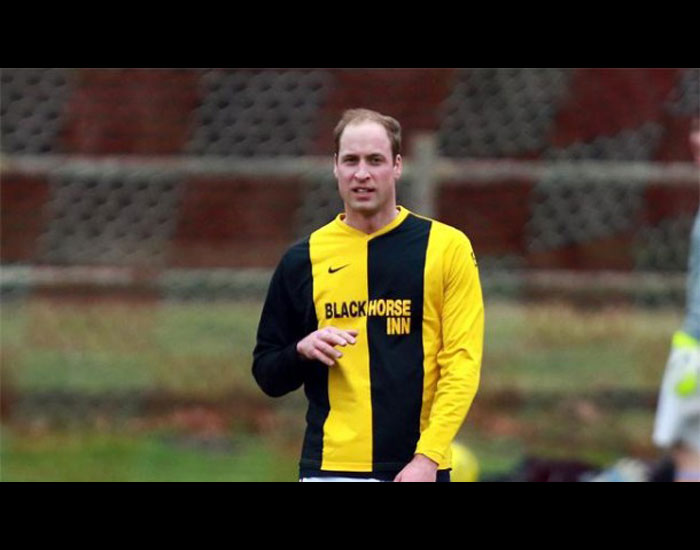 British royals Prince William and Prince Harry played on the same team in this year’s annual charity soccer match at Sandringham.
Despite traditionally lining up on opposing sides, the brothers played in the same 11 for the Black Horse Inn – a pub located near William’s Anmer Hall residence – in the match hosted at the royal estate in Castle Rising in Norfolk, England, on Christmas Eve (24.12.15).
William, 33, and Harry, 31, braved 40mph winds and muddy conditions to lace up their boots and get stuck in for the 200-plus locals who came to watch the match.
Both princes – the sons of Prince Charles – got warmed up for the match by doing leg stretches, jumping jacks and push-ups.
William wore claret and blue striped socks as a nod to his favourite football team Aston Villa along with the Black Horse Inn’s black and yellow striped kit.
Nether William nor Harry got on the score sheet and the stand out player in the game was a 13-year-old boy who scored three times.
But there’s no doubt William played better in this match then when he had a kickabout with a group of school children earlier this year and sliced a penalty kick wide of the goal.