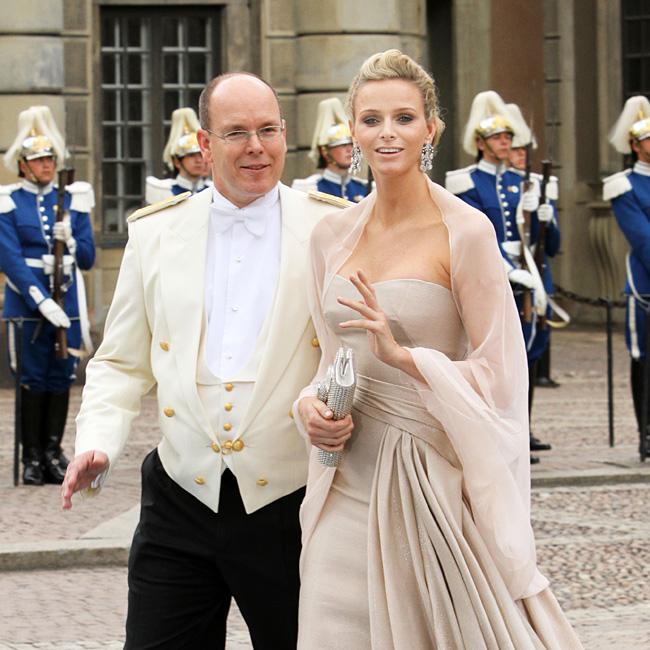 Monaco’s Prince Albert and Princess Charlene admit their one-year-old twins are “a lot of work”.
The 57-year-old royal and his 37-year-old wife welcomed Gabriella and Jacques into the world in December 2014 and have since been adjusting to life as a family of four.
As the pair spoke about parenthood in a video interview alongside their children, they waxed lyrical about their bundles of joy.
They said: “Gabriella and Jacques are very active, very playful, absolutely adorable, lots of fun and a lot of work.”
Albert continued to rave about his wife’s mothering skills, adding: ‘I am very happy that she is able to spend as much time as she does with them
“I have never really heard them complain. Yes, when they are hungry (they do) but they’ve never been noisy (except when) they are being joyful.”
Both Gabriella and Jacques are currently fair, and Albert says he can see their former Olympic swimmer mother’s looks in both of his children.
He said: “Several people have said that Gabriella looks more like me than Jacques … I definitely think there is a bit of Charlene in both of them. But it’s too early to say for sure.”
The video interview isn’t the first time Albert has spoken about how impressed he is with how well his wife has taken to being a mother.
He told People earlier this year: “She’s very eager to be with her children at all times. She’s up with the kids at 6, 6:30 and takes them through the morning. Every day.
“I don’t think they would be as smiling and happy as they are if she weren’t as good a mother as she is.”