Zara Phillips cuddles up to Mike Tindall Down Under 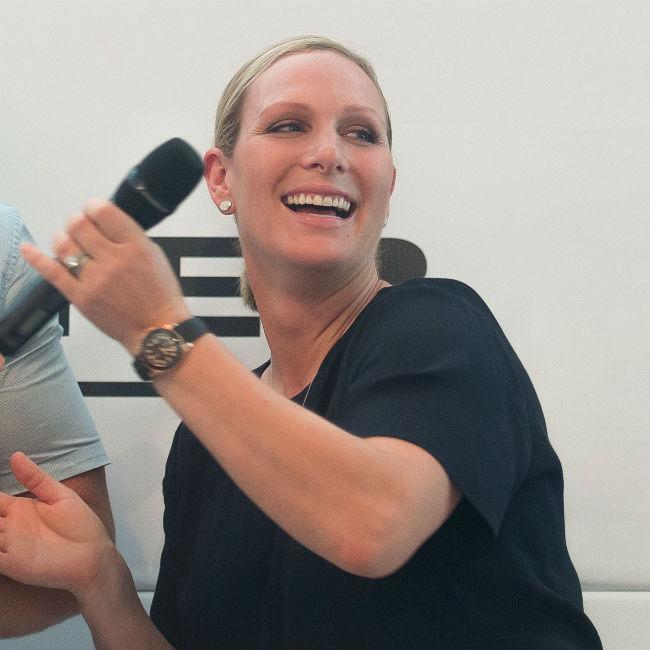 Zara Phillips couldn’t resist giving husband Mike Tindall a kiss on the cheek at the Magic Millions Barrier.
The 34-year-old British royal put on an affectionate display with her spouse after they took part in a pony race along the sands at Surfers Paradise on the Gold Coast in Australia on Tuesday (05.01.16).
Wearing a navy T-shirt and white trousers with pumps, Zara appeared to be struggling to keep up with her rugby player husband as they led ponies being ridden by children.
Following the race, Zara was seen giving Mike a tender kiss.
The pair spoke to the crowds after drawing the barriers ahead of the race.
When Mike told the audience about how Zara told him off when he spent $25,000 on a horse, she laughed: “You always tell this story!”
But Mike acknowledged it was Zara’s training that led to the horse going on to win The Grand National.
Mike added: “She took it on and coached it, it wasn’t doing that well until she got involved.”
Zara and Mike married in 2011 and are parents to daughter Mia, who turns two later this month.
There were rumours last year that Zara was expecting a second child, but the royal dismissed the claims and insisted they won’t be extending their family until after the 2016 Olympic Games in Rio de Janeiro, at which Zara will be competing as part of the British eventing team.