Princess Mary is incredible in ivory 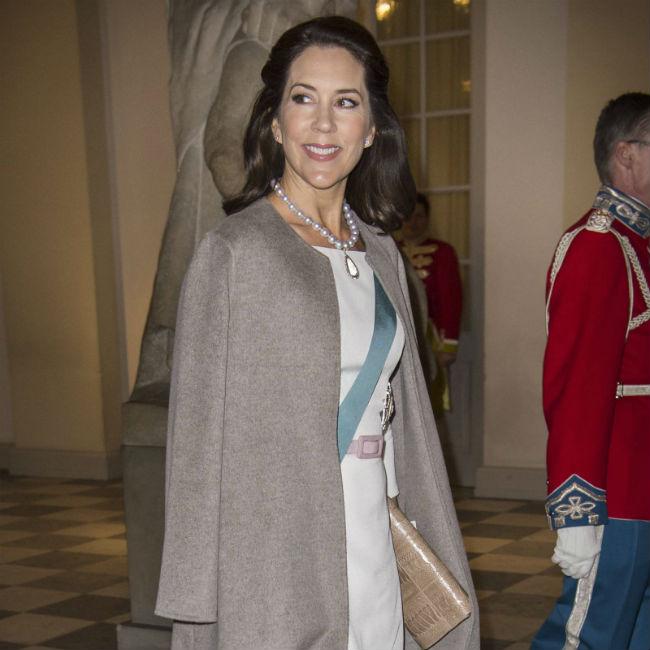 Princess Mary looked stunning in ivory at Denmark’s New Year’s Diplomatic Reception on Tuesday night (05.01.16).
The 43-year-old royal, who was born in Australia, wowed in a full-length gown which was both simple and elegant.
She added some interest to the outfit by adding a pink belt around her waist.
Always a fan of a few accessories, Mary topped off the ensemble with an eye-catching pearl necklace featuring a pink droplet in the centre.
She also wore a ceremonial sash in a pale blue and a stylish brooch, with her hair styled into a half-up and half-down ‘do.
On the make-up front, Mary kept things simple with a slick of pale pink lipstick.
Mary, who wore a taupe overcoat over her gown, was accompanied by her husband Crown Prince Frederik, 47, as they headed into the annual event, held at Copenhagen’s Christiansborg Palace.
The occasion was just one of many Mary has wowed at in recent days. January is one of the most eventful months for the Danish court, and Mary opted for a navy blue velvet gown with a sequinned bottom as she attended the annual New Year royal banquet at Copenhagen’s Amalienborg Palace on Friday night (01.01.16).
Mary has become one of the royal world’s most fashionable princesses in recent years, and has evolved from her demure and somewhat strait-laced style into something more modern but still elegant.