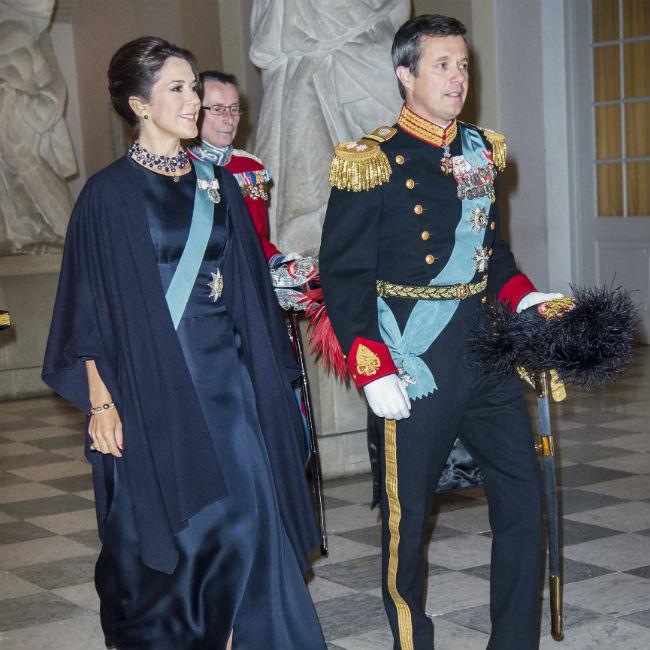 Princess Mary continued her fashion parade on Wednesday night (06.01.16) in a stunning midnight blue gown.
The Danish royal looked incredible in a satin gown, teamed with an ornate necklace and matching bracelet and ring.
Mary completed her look with a navy pashmina and a royal blue ceremonial sash.
She was accompanied by her husband Crown Prince Frederik as they attended the event at Christiansborg Castle.
Inside the castle, which housed the New Year’s Reception for officers from the Danish Defence Command and the Danish Emergency Management Agency, Mary and Frederik met with Queen Margrethe.
The Queen had arrived to the castle in a horse-drawn coach, built by Henry Fife in 1840 and covered in 24-carat gold leaves.
The evening marked the nation’s third New Year celebration in just a week.
On Tuesday night (05.01.16), Mary opted for ivory as she attended Denmark’s New Year’s Diplomatic Reception.
The 43-year-old royal added some interest to the outfit by adding a pink belt around her waist.
On Friday night (01.01.16), Mary attended the annual New Year royal banquet at Copenhagen’s Amalienborg Palace wearing a navy blue velvet gown with a sequinned bottom.