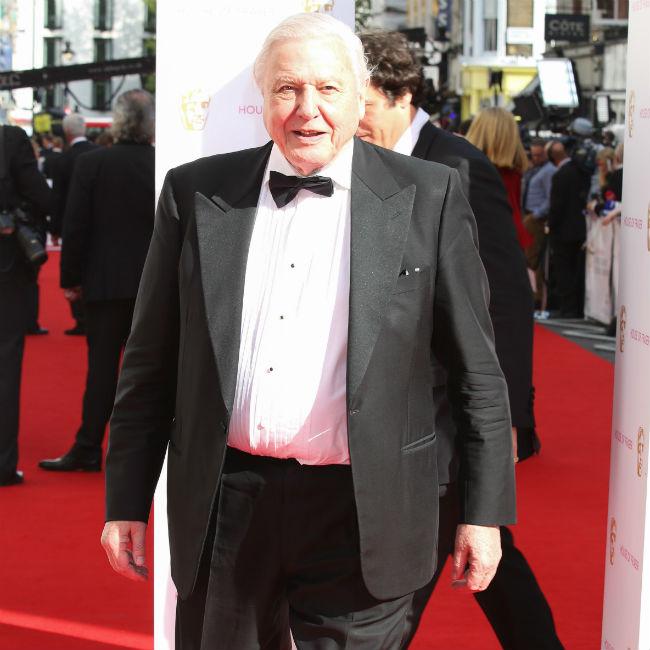 Queen Elizabeth is expected to honour Sir David Attenborough with the Order of the Garter.
The wildlife presenter already has an Order of Merit, Order of the Companions of Honour, The Royal Victorian Order and Order of the British Empire.
But the Order of the Garter is the highest order of chivalry that can be presented to an individual.
The order, which currently has 24 members, has three vacancies and it is expected that David could be initiated into the order following his 90th birthday in May.
David has a close relationship with the Queen, and doesn’t have to wear a name badge at royal receptions – a royal privilege in itself.
Back in 1986, David produced the Queen’s Christmas message, which is televised annually.
Recalling how he met the Queen’s private secretary Bill Heseltine prior to the recording of the message, David explained he was tasked with choosing an outfit for the monarch to wear for the occasion.
Speaking at the Radio Times Festival last September, David explained: “It was a room with green wallpaper so I dismissed all the green stuff. I picked out one that was mushroom.”
The Queen, in this dress, came out and she said ‘well I hope you approve of my costume. What about what I normally wear?’
“I said well … it was green your Majesty and the wallpaper of the room was green so it would have clashed.
“Bill Heseltine, trying to be helpful, said well of course we could have had the room decorated.
“She said ‘do you realise what that would have cost?'”