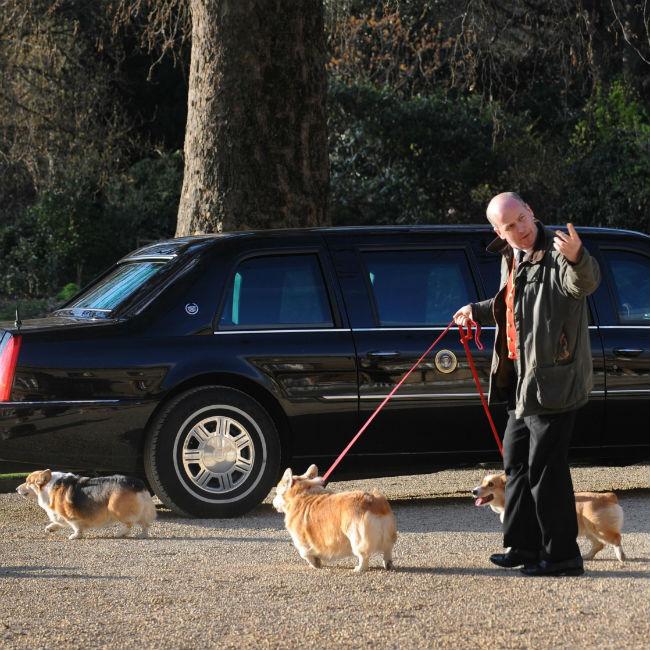 Britain’s Queen Elizabeth II’s corgis are fed “homeopathic” remedies on silver platters.
Dr Roger Mugford, who is a dog trainer to the Queen’s beloved pooches, revealed that the pets are given luxuries Royal members could expect such as being served by a butler, presented their dinner in order of hierarchy, and eating an “individually designed menu” on a silver plate.
Speaking to Town & Country magazine, he shared: “At feeding times, each dog had an individually designed menu, including an array of homeopathic and herbal remedies. Their food was served by a butler in an eclectic collection of battered silver and porcelain dishes.
“As I watched, the Queen got the corgis to sit in a semi-circle around her, and then fed them one by one, in order of seniority. The others just sat and patiently waited their turn.”
Dr Mugford also noted that the usually reserved monarch – who turns 90 on April 21 – can’t hide her affection for her animals.
He continued: “The Queen has definite views about how dogs should be cared for: she doesn’t tolerate unkindness.
“When she’s talking about her dogs or her horses you see a completely different side to her: she relaxes. Dogs are great levellers, and they’re not influenced by social status, which must be a great relief to her.
“No wonder she enjoys being around them.
Queen Elizabeth has two corgis: Holly and Willow and two Dorgis – a cross-breed of a Corgi and a Daschund – named Candy and Vulcan.
The royal first received a Pembroke Welsh corgi named Susan for her 18th birthday, and her love for the breed has been famous ever since.
However, it was recently revealed that she will no longer replace any of her current dogs with new ones when they die, as she has done throughout her reign.