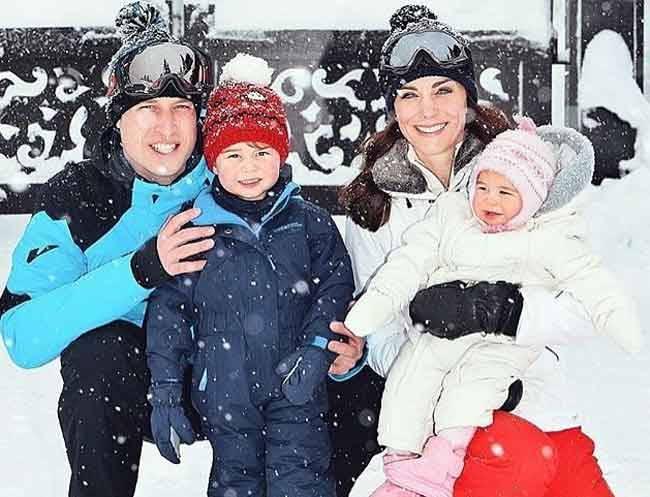 Prince William and Duchess Catherine took their children skiing in the French Alps over the weekend.
The royals enjoyed a getaway with Prince George, two, and Princess Charlotte, 10 months, their first holiday as a family of four, where the kids enjoyed playing in the snow.
A message on the Kensington Palace Twitter page read: “This was their first holiday as a family of four and the first time either of the children have played in the snow.”
The ski trip coincided with the nuptials of the couple’s friends Olivia Hunt and Nicholas Wilkinson at Temple Church in London, which Prince Harry attended.
William and Olivia dated during his first year at the University of St Andrews and remained good friends after their split, with Olivia even attending his own nuptials to Catherine in 2011.
Friends were puzzled by William and Catherine’s missing the wedding, with a source telling the Daily Mail: “Prince Harry was there, along with most of William and Kate’s friends. Their absence was really striking.”
However, their absence can now be explained by their secret ski holiday.