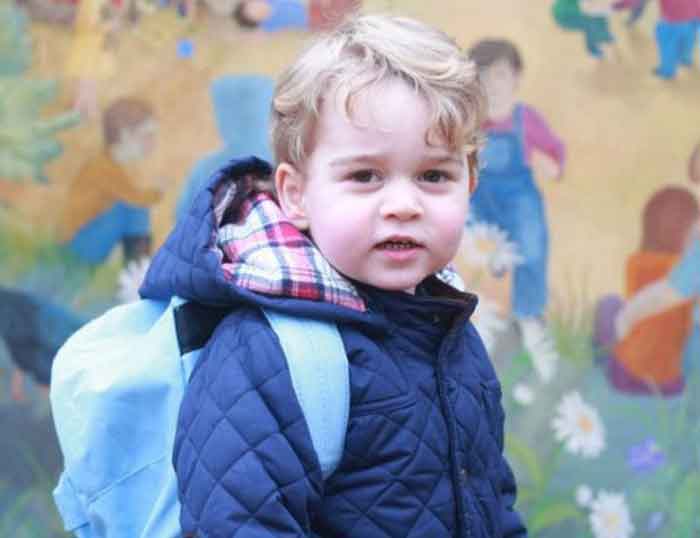 Britain’s Prince George calls his great-grandmother Queen Elizabeth “Gan-Gan.”
Duchess Catherine – the mother of the adorable toddler – has revealed the two-year-old royal addresses the 89-year-old monarch with the sweet moniker because he can’t quite manage to say grandma at the moment.
Speaking in a forthcoming documentary ‘Our Queen at Ninety’, which will coincide with the monarch’s 90th birthday next month, Catherine said: “George is only two-and-a-half and he calls her ‘Gan-Gan.’ She always leaves a little gift or something in their room when we go and stay and that just shows her love for her family.”
The brunette beauty also opened up about how thrilled the Queen was when she learnt she and her husband Prince William were expecting a baby girl last year.
Speaking about her 10-month-old daughter Princess Charlotte, she said: “It’s very special having a new little girl…I feel very, very lucky that George has got a little sister. The Queen was really thrilled that it was a little girl, and I think as soon as we came back here to Kensington Palace she was one of our first visitors here.”
Catherine, 34, will join 10 other royals – including William and his brother Prince Harry – as they reminisce and share stories on their relationship with the monarch for the show.
‘Our Queen at Ninety’ will hit screens on March 27.