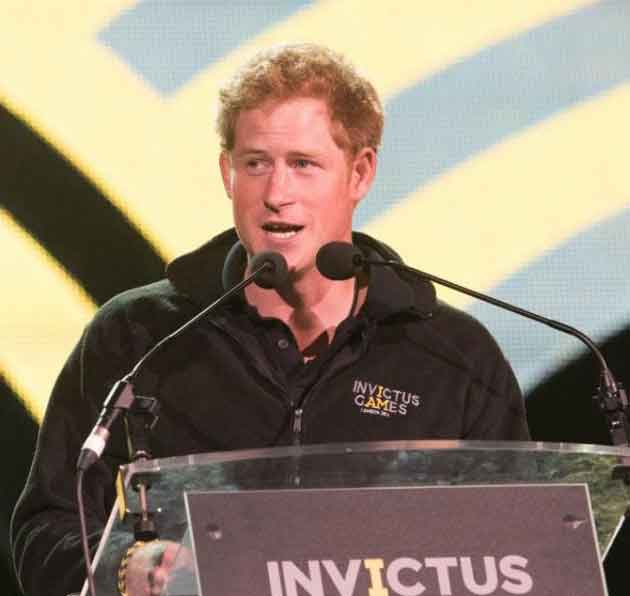 Britain’s Prince Harry, who will soon be Toronto-bound, has introduced the UK squad for the 2016 Invictus Games.
The 31-year-old royal will travel to Florida next month as he brings his Paralympic-style Invictus Games to the US and on Wednesday (06.04.16), he unveiled the UK team at Buckingham Palace.
Former Army Captain David Wiseman has been named as the 2016 captain and he said: “I have a huge emotional attachment to the Invictus Games and could not be prouder to have been selected to captain the UK team at Orlando 2016.
“The reason for my pride? I think the Invictus Games is a shining example of what this community can achieve, a group of individuals from around the world coming together in order to show everyone that beyond injury, they can achieve the extraordinary.”
The international adaptive sporting event for injured military members will run from May 8-12 2016 at Disney World’s ESPN Wide World of Sports Complex, following on from the first event in 2014 which took place in London.
Meanwhile, it has been revealed that Harry will travel to Canada next month to launch the countdown to the 2017 Games, which will take place in Toronto.