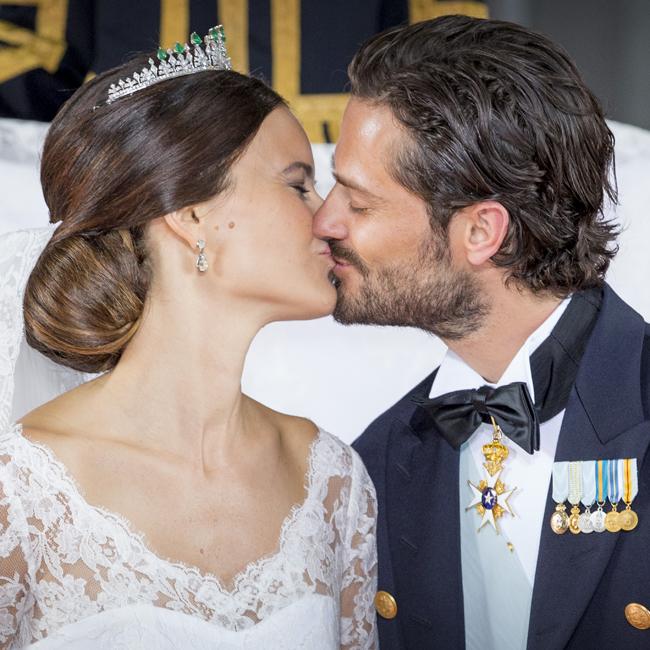 Prince Carl Philip and his pregnant wife Princess Sofia are moving onto the grounds of the royal palace.
The couple – who are due to welcome their first child this month – are moving out of their apartment in Stockholm’s Djurgarden in order to live in in Sjöpaviljongen, a detached two-story home located near the palace.
A source told Swedish newspaper Expressen: “It’s all about security.”
Carl’s sister Crown Princess Victoria, her husband Prince Daniel and their daughter Prince Estelle previously lived in the building but after their son Prince Oscar was born earlier this year they moved into Haga Palace.
Sofia and Carl are expected to live on the palace grounds for a year while renovations on their home Villa Solbacken in Djurgarden are being completed.
Carl and Sofia – who married in June 2015 – announced in October that they were expecting their first child together.
An announcement from the Swedish Royal Court stated: “Prince Carl Philip and Princess Sofia are delighted to announce that The Princess is expecting their first child. The birth is expected to take place in April of 2016.”
The couple said: “We are so happy and excited to announce that we are expecting our first child. We are very much looking forward to it.”