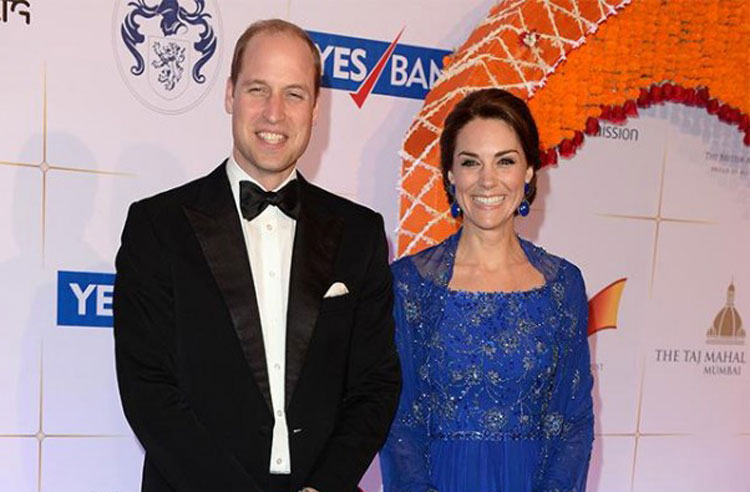 Britain’s Duchess of Cambridge has always wanted to visit India.
The 34-year-old royal is thrilled to finally be in the Asian country after five years of dreaming about getting a chance to explore the culture for herself.
Addressing guests at a Bollywood dinner, her husband, the Duke of Cambridge said: “When Catherine and I were married, India was the first place on Catherine’s list that she told me that she wanted to visit. Two children and five years later we are finally here.”
During the gala, the royal couple were treated to a dance performance by around 30 people from the Shiamak Davar dance company before Duchess Catherine was handed a stunning pink bouquet.
In his speech, Prince William also offered his condolences to the families of the 105 victims of the tragic fire in Kollam and his well wishes to the 350 people currently being treated for injuries in hospital.
He added: “Kate and I would like to offer all condolences to all those affected by the terrible fire at the temple in Kollam. I know all of you in this room will join us in the sentiments.”
Others in attendance at the event – which was held at the Taj Palace Hotel in Mumbai – included actor Shah Rukh Khan and actress and model Aishwarya Rai Bachchan.