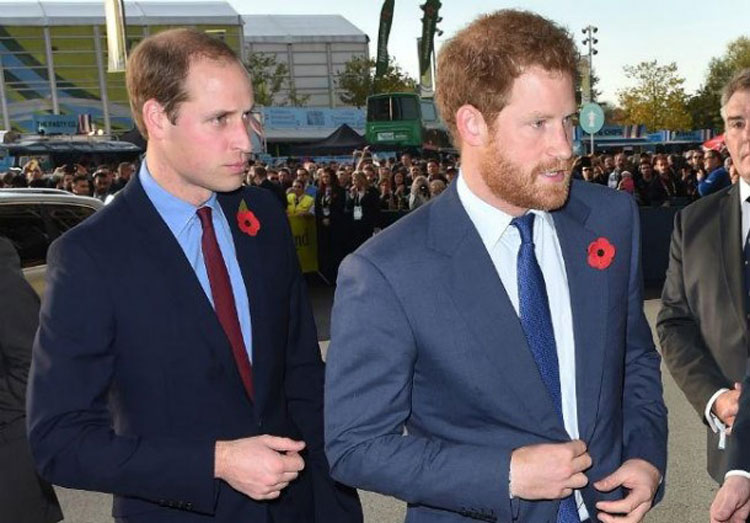 Britain’s Prince William and Prince Harry are to visit the set of ‘Star Wars’ at Pinewood Studios.
The royal brothers will head to Buckinghamshire, England, tomorrow (19.04.16) where they will be given a behind-the-scenes look at the set where the latest movie in the blockbuster franchise, ‘Star Wars: The Force Awakens’ was created and where the next one, ‘Episode VIII’ is currently being worked on.
Kensington Palace confirmed on Twitter: “The Duke of Cambridge, President of BAFTA and Prince Harry will visit the Star Wars film set @PinewoodStudios tomorrow … There visit will recognise the wealth of fantastic British creative talent involved in the production of the Star Wars films …The Duke and Prince Will visit production workshops @PinewoodStudios, meeting the specialist teams working on the Star Wars films (sic)”
They will reportedly been shown around by the star of the movie Daisy Ridley, who made her debut as Rey in ‘Force Awakens’.
The reason for the trip to Pinewood is to help recognise the wealth of British talent who were involved in making the film the massive success that it is.
It will be William’s first royal engagement following his trip to India and Bhutan, where he’s spent the last week with his wife the Duchess of Cambridge.