Royal Heir Gets Stamp of Approval 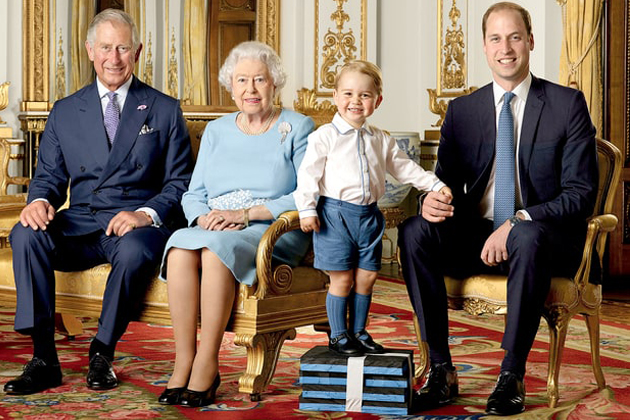 It doesn’t get much cuter than this – bonny Prince George perched atop a stack of blocks wearing a natty outfit of blue shorts and matching blue knee socks as he holds onto his father’s hand.

The portrait, taken at Buckingham Palace last summer, shows four generations in the line of succession – Her Majesty Queen Elizabeth II and the three future kings – the Princes Charles, William and 2-year-old George. The official portrait is destined for a postage stamp – the first for the George – to be released tomorrow in celebration of the Queen’s 90th birthday.