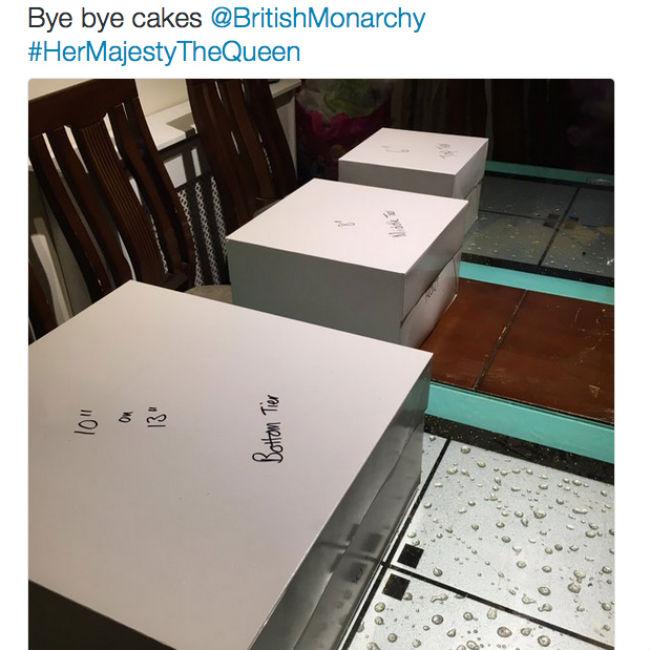 ‘Great British Bake Off’ champion Nadiya Hussain has delivered Queen Elizabeth’s three-tier 90th birthday cake.
The 31-year-old star – who won the cooking series late last year – was chosen to create the spongy “orange drizzle” delight for the monarch in celebration of her huge milestone today (21.04.16) and has taken to Twitter to reveal the finished product has been packed off to Windsor Castle.
She wrote on the social media site, alongside a picture of the boxed-up cake: “Bye bye cakes”
Her husband Abdal added: “My Queen @BegumNadiya has left the house to serve The Queen Good luck my love, I’m sure everyone will love it”
Nadiya’s cake – which features a delicious butter cream and marmalade filling – was made on Wednesday night (20.04.16) and the talented baker reveaed she was “super nervous” in the kitchen.
Speaking in a video clip, she said: “Okay that’s my hand trembling. I’m officially super nervous! It’s such an honour to be doing this. I just don’t want to disappoint the Queen.”
The mother-of-three was approached by Kensington Palace a few weeks ago about baking the precious desert and woke up at 6am to get ready for meeting Queen Elizabeth in Windsor.
She explained: “I don’t know exactly what is going to be happening but I do know that I get to see the Queen and I get to give her the cake.
“My initial reaction was, it must be a mistake or some kind of prank. I told my husband and he said I had to do it. How could I say no?”
Elsewhere, it was revealed that the monarch’s favourite alcoholic drink is “two parts fortified wine one part gin”.
Botanist cocktail guru Nick Whitby appeared on ‘This Morning’ today to create the tipple, and Phillip Schofield – who has met the royal on many occassions – also shared his first impression of Queen Elizabeth II.
He recalled on the mid-morning show: “She puts everyone at ease, she is remarkly well informed, and she’s quite small!”