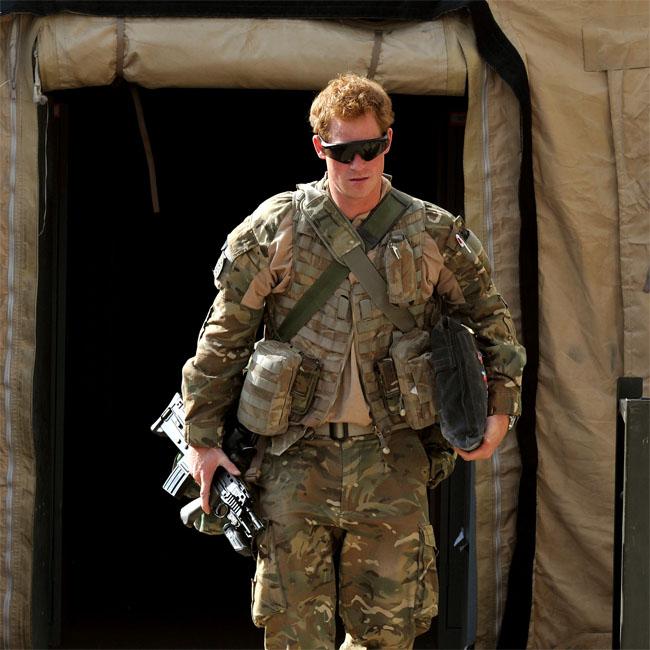 Britain’s Prince Harry still suffers graphic flashbacks to his time in combat.
The royal – who was a member of the British Army for a decade and served two tours of duty in Afghanistan – admitted that during stressful periods of his life, vivid memories of his time at war come back to haunt him.
He told Sky News: “I described it to someone ages ago as one of those slide shows that go through your mind.
“If you’ve got a good imagination as well, everything that you see, especially if it’s something that is quite powerful, then that slide is in there.
“It’s always in there, and if you have dark moments in your life those slides will pop up.”
Harry is currently preparing to bring the Invictus Games, the Paralympic-style event for wounded soldiers, to Orlando, Florida, in May and while he survived his time in Afghanistan with no physical injuries, he admitted he has some understanding of what injured servicemen and women have gone through.
He explained: “You know there are images I’ve been lucky enough not to see, but there have been images that I’ve been unfortunate to see, nothing like some of these guys, but, yes, there is a percentage of me being able to relate to exactly what they go through.”