Duke and Duchess of Cambridge to attend Chelsea Flower Show 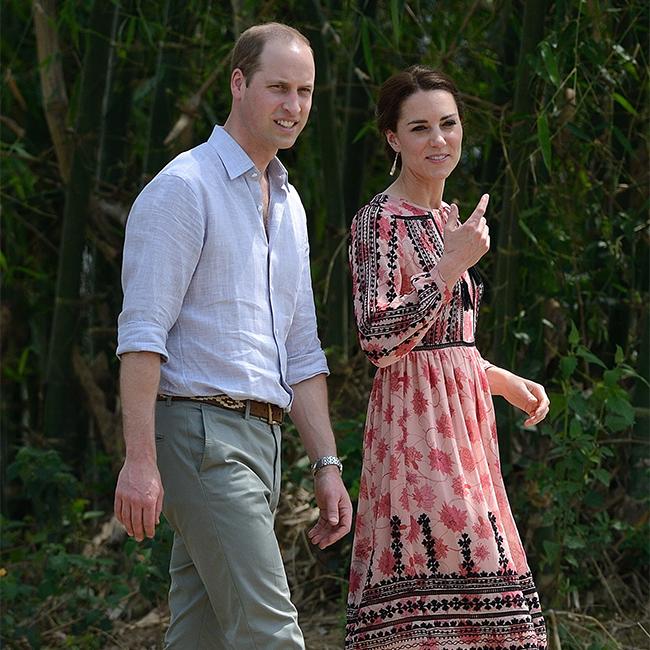 Britain’s Duke and Duchess of Cambridge are set to attend the Chelsea Flower Show for the first time next week.
The royal couple will join Queen Elizabeth and Prince Harry at the horticultural event, held for five days in May, on Monday (23.05.16) as they tour the different exhibits.
The pair will also get to view a new flower, which is pink with green tips, that has been named after their 12-month-old daughter Charlotte and has been entered for Flower of the Year.
Meanwhile, it’s been a busy few weeks for the duo as they’ve just returned from touring South East Asia, watched the monarch’s birthday celebrations at Windsor Castle in Berkshire over the weekend, and attended the launch of their new campaign Heads Together at the Queen Elizabeth Olympic Park in London on Monday (16.05.16).
The brunette beauty and two princes have used their Royal Foundation to set up the campaign in a bid to end the stigma surrounding mental health once and for all.
Heads Together also hopes to raise £1 million through participants in the 2017 Virgin Money London Marathon.
A spokesman for Kensington Palace said mental health is an important issue for all three members of the royal family.
He added: “They realise that the underlying factor in addiction and homelessness is often mental health.”
The duchess was keen to get stuck in straight away and slipped into a pair of boxing gloves as she tried her hand at boxercise before being encouraged to punch hand pads held by former professional boxer Duke McKenzie.
As well as Heads Together, Prince William is working closely with CALM – campaign against living miserably – in a bid to lower the amount of male suicides by encouraging men to speak out about their problems before it becomes too much.
The duchess is the patron of the children’s charity Place2Be, which aims to support youngsters struggling with mental health by providing them with in-school counselling.
And Harry – who has just finished the Invictus Games in Florida – focuses on mental health of the Armed Forces.