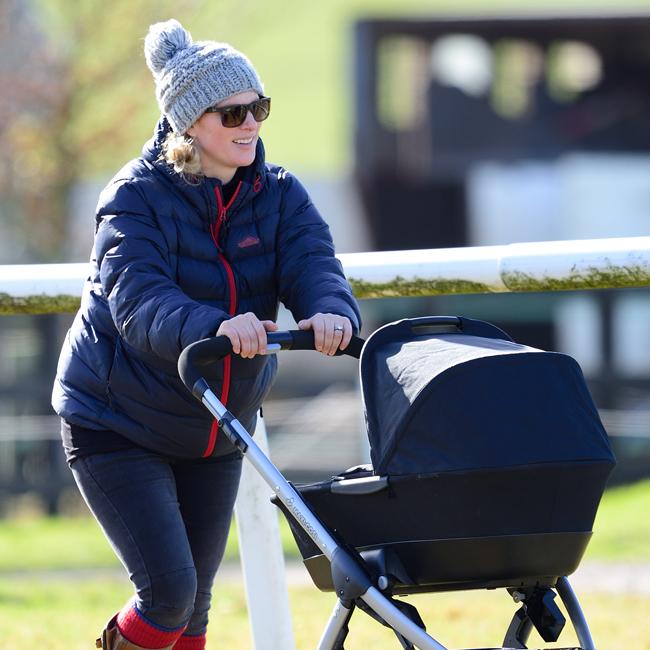 Britain’s Zara Phillips’ daughter Mia can ride a horse aged two.
The great granddaughter of Queen Elizabeth II – whose father is Zara’s husband Mike Tindall – has inherited her mother’s love of the majestic animal at a very young age and even goes riding now and then with her parents.
Her dad revealed: “She’s very playful, always outside and she goes riding every now and again.”
The former rugby England pro – who wed Princess Zara, an Olympic silver medalist in 2011 – added the little tot is “quite laid back” and has ” her own character, which is so interesting to see. She’s good fun.”
In the frank interview, Mike revealed Mia is going through the “terrible twos” and going to nursery is can be a minefield because she picks up a lot of bugs.
He said: “I think it is that they get ill all the time. Mia goes to nursery and gets every bug going.”
Meanwhile, Zara – who is hoping to compete in the Rio Olympics in August after she helped the British team win silver at the 2014 World Equestrian Games – and Mike moved to Princess Anne’s Gatcombe Estate in Gloucestershire and love the pace of life there.
The 37-year-old father-of-one said: “I love it here. I like the pace that everything operates at. It has its own culture but is very friendly and is nothing like the rat race in London.”