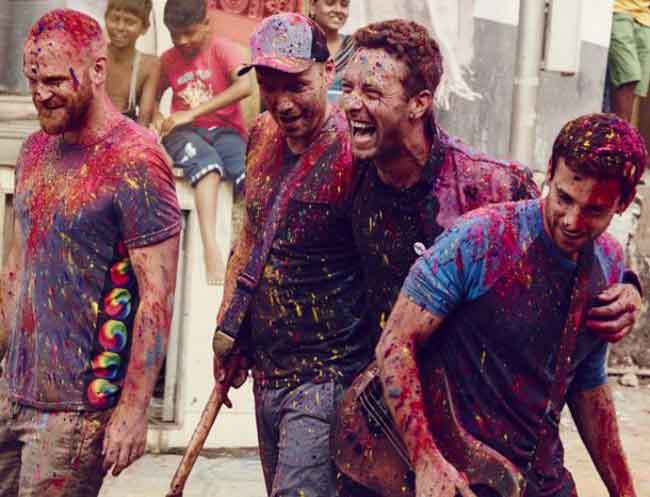 Coldplay will headline Britain’s Prince Harry’s Sentebale charity concert at Kensington Palace on June 28.
Just two days after they take to the stage at the world famous Glastonbury Festival in Somerset, England, the ‘Hymn for the Weekend’ hitmakers will sing tracks from their album ‘A Head Full of Dreams’ in support of the prince’s charity and The Handa Foundation.
Coldplay were “delighted” to accept the royal invitation and said: “We’re delighted to join Prince Harry for this very special concert and to support Sentebale’s incredible work with adolescents affected by HIV in Lesotho and Botswana.”
The British group – which includes Chris Martin, Will Champion, Guy Berryman and Jonny Buckland – will play to a crowd of 3,000 people in the outdoor grounds of the palace next month to raise funds for the charity which helps vulnerable children in sub-Saharan Africa and was set up in memory of Prince Harry’s late mother Princess Diana.
The flame-haired royal founded the charity with Prince Seeiso of Lesotho in 2006 to continue the vital work his mother set out to do to tackle HIV and AIDS.
Cathy Ferrier, CEO of Sentebale, said: “We are ever more committed to play our part and use all our resources to support children living with HIV. The concert is about bringing people together who can make a difference.”
‘Green Garden’ hitmaker Laura Mvula, African-Norwegian duo Nico & Vinz, and spoken word poet and Sentebale’s ambassador George Mpanga, known as George the Poet, will also perform.
Meanwhile, Prince Harry, 31, previously enlisted the Coldplay frontman, 39, to write the official anthem for the Invictus Games which he also set up and enjoyed its second event this year.