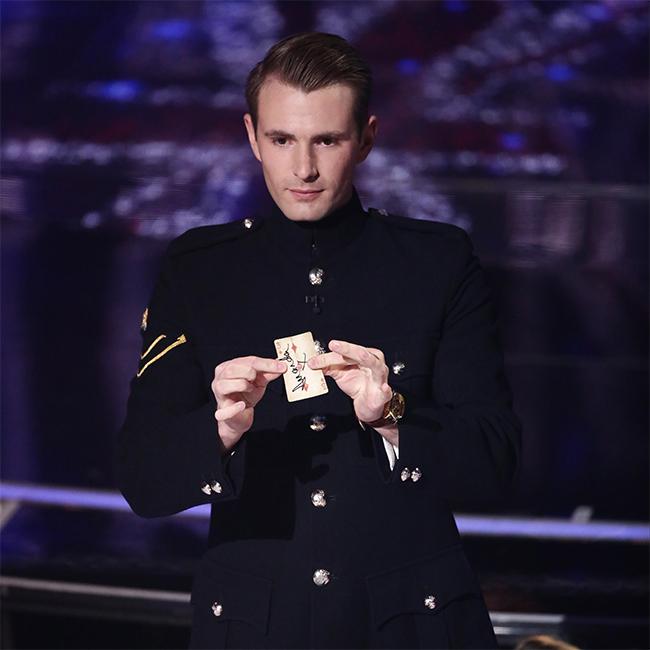 ‘Britain’s Got Talent’ winner Richard Jones wants Prince Harry to assist with one of his magic tracks.
The 25-year-old magician will perform at the Royal Variety Performance later this year after dazzling judges and viewers alike with his impressive conjuring tricks, and now hopes he can enlist the 31-year-old prince to help with his act when he takes to the stage for the prestigious show.
He said: “If he was up for it and I was allowed that would be great.
“Some of the headlines a while ago were saying I would love to read the queen’s mind. I am not sure I would be able to use the queen – I wouldn’t be able to get past security.
“I would love to know if she knows who I am. I am sure she watches the show.”
Richard – who is a musician in the Household Cavalry – is promising something “quite British” when he takes to the stage for the Royal Variety performance on December 6.
But before then, the former Parachute Regiment soldier is due to return to the Army on Wednesday (01.06.16) but admits his new-found fame has left him with a dilemma.
He told the Daily Express newspaper: “I would love to headline Las Vegas but I would love to do a tour in the West End.
“Now my name is starting to get out here in the UK I would love to get out and meet the people who voted for me.
“The Army have been in touch and said don’t panic, we do offer flexible careers.
Referring to Fijian-born rugby player Lance Corporal Semesa Rokoduguni, he added: “I know there is a Fijian rugby player who plays professionally and is in the Army as well and they are really flexible in giving him the time to do that. I am hoping they will offer me something similar.”