For Queen and Country: Celebrations 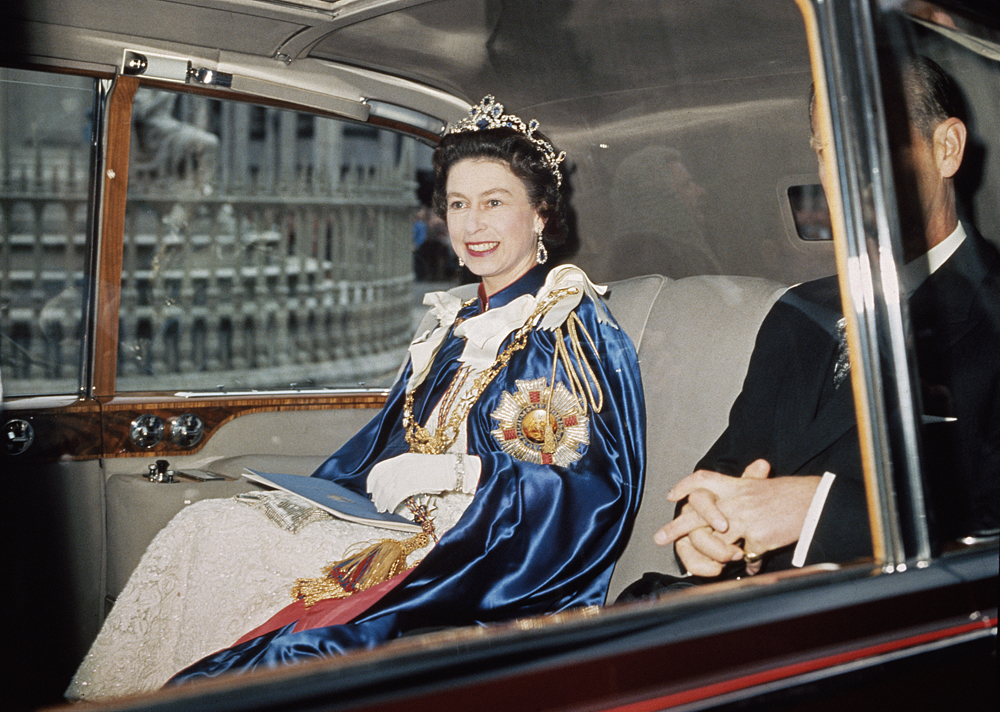 The Queen en route to St. Paul's Cathedral in 1968, wearing the Star of the Order of St. Michael and St. George.

Queen Elizabeth’s actual 90th birthday was in April, but the party’s just getting started! Official celebrations for her birthday will run well into June, and here we take a glimpse at the agenda.

Where to go and what to do

Her Majesty isn’t the only one celebrating a big day in 2016. Anniversaries in Great Britain include her grandson William and his bride, Kate, marking their fifth year of marriage; the 300th anniversary of the birth of landscape gardener extraordinaire Capability Brown (Churchill ran through his gardens at Blenheim Palace as a boy, just one of the more than 170 designed by Brown); scribes Charlotte Bronte, Beatrix Potter and Roald Dahl clock in at 200, 150 and 100 respectively since their births and the Bard himself, Shakespeare, took his final bow 400 years ago.

Punk, complete with safety pins, Vivienne Westwood insouciance and the menacing sneer of Johnny Rotten, made its stage debut 40 years ago, and anti-punk girl band, Spice Girls, introduced us to Girl Power and their Spice World 20 years ago. God save the Queen.

Here, a glimpse of the royal agenda so far this year.

April 21 The Queen spends her actual birthday at Windsor with family. Of course, it’s not a party without booming cannons and, to mark the 21st, it’s a special 21-gun salute. Fire at will, boys.

May 12 to 15 Our insider intel has Her Majesty and her royal posse back at Home Park at Windsor Castle for a special birthday pageant. Her love of horses will be a focus, along with her lifelong commitment to the Commonwealth and its military forces. Look for 500 equines and 1,000 contributors to bring this homage to her life, well, to life.

June 10 The Queen and her consort, the Duke of Edinburgh, are scheduled to attend a National Service of Thanksgiving at St. Paul’s Cathedral. If you recall, this is where Diana and Charles tied the knot, not to be confused with Westminster Abbey, where Kate and Wills tied the knot five years ago on April 29. June 11 Horses, horses, horses. You may be interested to know that Her Majesty’s favourite trooping horse was Burmese, a mare gifted to her by the RCMP in 1969. Trooping the Colour Parade at Horse Guards Parade in London should be on every equestrian fan’s calendar. June 12 The grand finale is a gathering that’s civilly called the Patron’s Lunch, honouring the Queen’s patronage of more than 600 charities and causes. It’s a good old-fashioned street party. Ten thousand strong will turn out and line The Mall for eats, drinks and merriment. Cheers! www.visitbritain.com