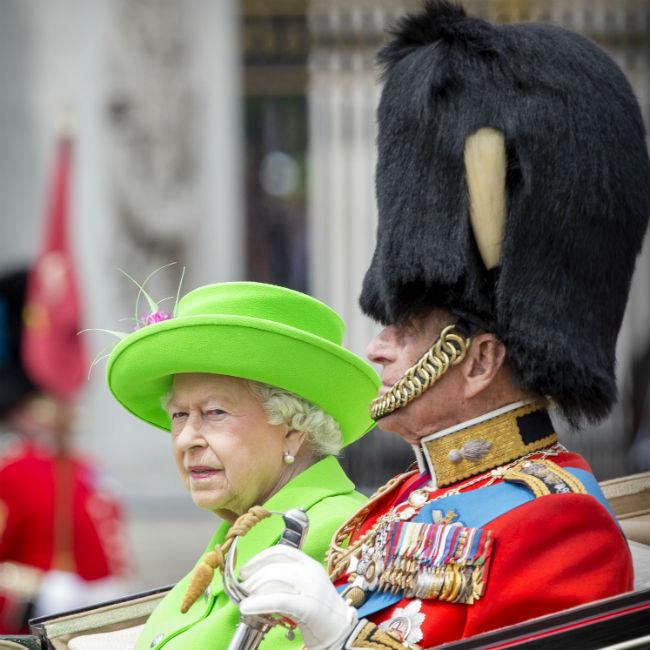 Britain’s Queen Elizabeth smiled and waved to crowds as she drove in an open-topped carriage at Trooping the Colour on Saturday (11.06.16).
The monarch marked her official 90th birthday by attending the annual parade, which this year featured over 1,600 soldiers and 300 horses, dressed in a vibrant lime green coat and matching hat, accompanied by her husband Prince Philip, and the sovereign’s escort of Household Cavalry.
Her son Prince Charles, who is Colonel of the Welsh Guards, daughter Princess Anne, the Colonel of the Blues and Royals, and the Duke of Cambridge, Prince William, who is Colonel of the Irish Guards, rode on horseback in their ceremonial uniforms.
Charles wife, Duchess Camilla, and William’s spouse Duchess Catherine, both donned white for the parade, and were joined in their carriage by Prince Harry, while a third cart featured the queen’s son Prince Andrew and his two daughters, Princesses Beatrice and Eugenie, and another contained Prince Edward, Sophie Wessex and their two children.
The military spectacle saw the foot guards perform songs including an arrangement of ‘Happy Birthday’, as well as some intricate marching, before the queen received the royal salute.
The monarch was later joined on the balcony of Buckingham Palace by a number of other senior royals, including William and Catherine’s young children Prince George, two, and Princess Charlotte, 13 months, for a flypast from the Royal Air Force (RAF).
The aerial display concluded with the Red Arrows, who let off their distinctive trademark smoke.
Later in the afternoon, the royal barge Gloriana was rowed down the Thames by disabled and able-bodied rowers.
It led a flotilla that included boats from every decade the Queen has been monarch.