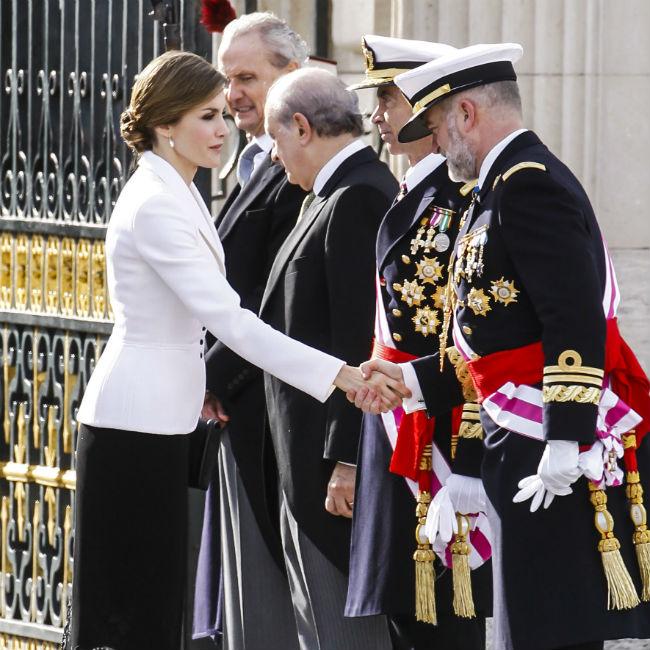 Queen Letizia paid tribute to the victims of the Orlando shooting during an official visit to Salamanca.
The Spanish monarch visited the city in the north west of Spain and gave a speech which condemned the deaths of the 49 people killed by a gunman at gay nightclub Pulse on Saturday (11.06.16).
She insisted such heinousness crimes could be overcome by “working together”, before she was given the honour of escorting the national flag to the Engineer’s regiment.
The monarch was joined by senior members of the royal family and greeted fans and well wishers
The Queen and her husband King Felipe VI – who succeeded Spain’s thrown in 2014 – sent a telegram to US President Barack Obama which declared in “the strongest terms” that it was an attack “against all principles”.
Governments and royals around the world have offered their support and condolences to the victims of the tragedy, including Britain’s Duke and Duchess of Cambridge.
The couple attended the US embassy in Westminster in central London on Tuesday (14.06.16) to sign a book of condolence for victims.
With his wife stood beside him, Prince William penned “With our deepest condolences and with our thoughts and prayers to all those affected” and Catherine also signed her name.