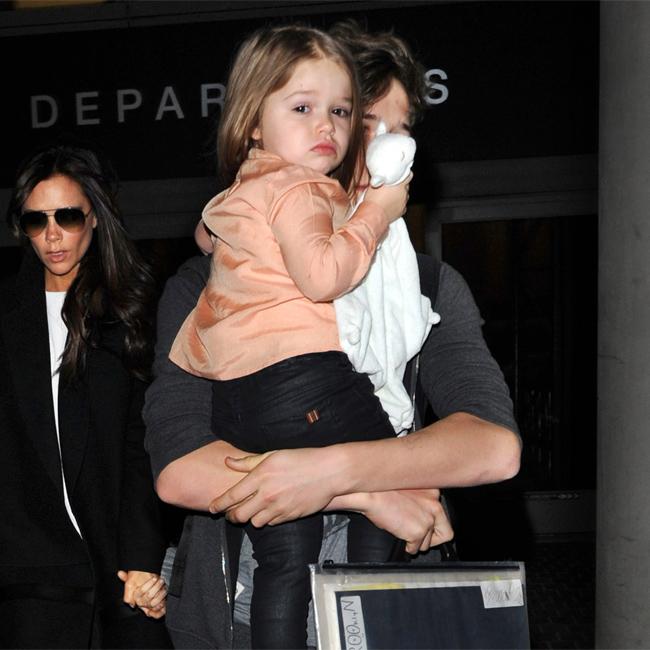 David Beckham’s daughter Harper asked him if Queen Elizabeth would be “drinking tea” when he told her he was going to see the monarch.
The former England football captain joined the 90-year-old royal at last night’s Queen’s Young Leaders Awards at Buckingham Palace last night (23.06.16), at which 60 youngsters from across the Commonwealth were awarded for their leadership efforts in their communities.
David, 41 – who also has sons Brooklyn, 17, Romeo, 14, and Cruz, 11 with wife Victoria Beckham – said: “After the school pick up today I was talking to Harper and I was like, ‘I’m going to see the queen.’
“She was like, ‘OK, but do you think she will be drinking tea?’ So she was very inquisitive. I am so proud to be here.”
The former footballer is no stranger to Buckingham Palace, having been to the royal household on several occasions, but admits he still gets “goosebumps” every time he goes through the gates.
Speaking before the event, he is quoted by the Daily Mirror newspaper as saying: “Just being here, it gives me goosebumps just driving through the gate.
“I’ve been here a couple of times now and every time it is very special.”
As well as David, the queen was also joined at the event by her grandchildren Prince Harry, Princess Beatrice and Princess Eugenie, as well as British actor Sir Lenny Henry.