Royals to commemorate Battle of the Somme 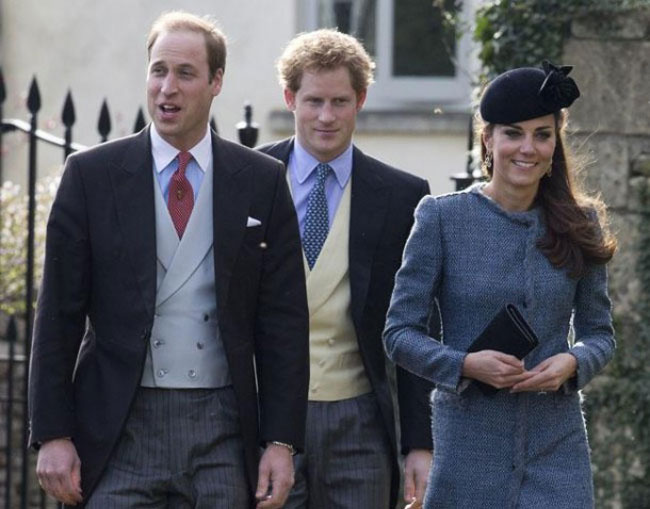 The Duke and Duchess of Cambridge and Prince Harry will arrive in France on Thursday (30.06.16) to commemorate the 100th anniversary of the Battle of the Somme.
They will attend an evening service at the recently renovated Thiepval Memorial, where over 70,000 British and Commonwealth soldiers without no known graves are commemorated.
Prince Charles and Duchess Camilla are expected to arrive in northern France on Friday (01.07.16) to honour the casualties of the battle while Queen Elizabeth and Prince Philip will attend a vigil at Westminster Abbey but won’t travel to France for the commemoration.
In total there were over one million casualties with almost 20,000 British soldiers killed on the first day.
It was previously revealed that Queen Elizabeth – who turned 90 this year – wants to cut down on her workload and is planning to hand over some of her duties to the younger generation of royals.
She has decided to pass on her patronage of the All England Lawn Tennis & Croquet Club, which is responsible for Wimbledon, to her granddaughter-in-law Catherine.
Prince Harry is set to replace his grandmother as patron of the Rugby Football Union (RFU), while Catherine’s husband Prince William has been tipped to take over the role of patron of the Football Association from his grandmother.
A source said: “The Queen is understood to be assessing how much time she can now devote to the 628 organisations and charities to which she is affiliated.”