Duke and Duchess of Cambridge pay tribute to Battle of Somme 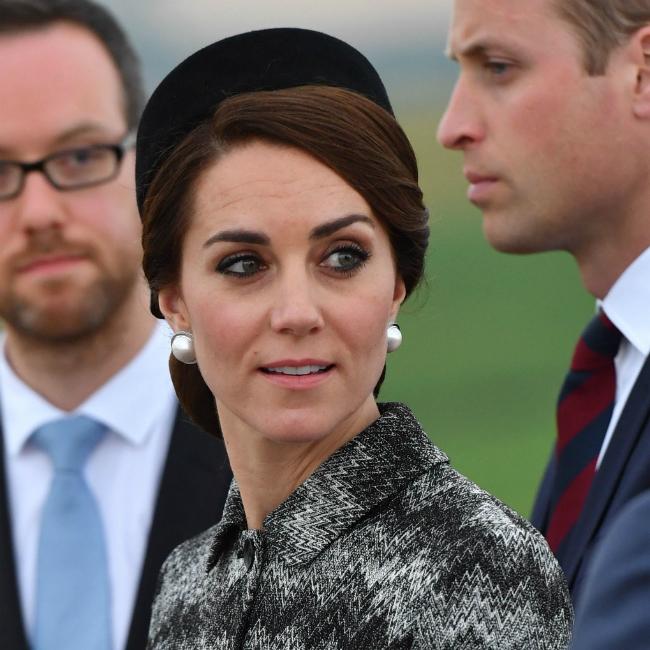 Britain’s Duke and Duchess of Cambridge were joined by Prince Harry at moving tribute to those who died in the Battle of Somme.
The royal trio attended a vigil at the Thiepval Memorial to the Missing in northern France yesterday (30.06.16) to mark 100 years since the deadly campaign and all three appeared emotional as they overlooked the battlefields.
Prince William spoke to the assembled guests and said that the sacrifices of those who died would “never be forgotten”.
He said: “We lost the flower of a generation; and in the years to come it sometimes seemed that with them a sense of vital optimism had disappeared forever from British life.
“It was in many ways the saddest day in the long story of our nation. Tonight we think of them as they nerved themselves for what lay ahead.
“We acknowledge the failures of European governments, including our own, to prevent the catastrophe of world war.”
The address was written by Birdsong novelist Sebastian Faulks, and William highlighted the almost 60,000 British and Commonwealth casualties of July 11916, the bloodiest day in the history of the British Army.
The battle lasted 141 days and claimed hundreds of thousands of British, French and German lives.
Today (01.07.16), the Duke and Duchess of Cornwall will travel to France to join Catherine, William and Harry to pay tribute to the thousands of soldiers who were killed.