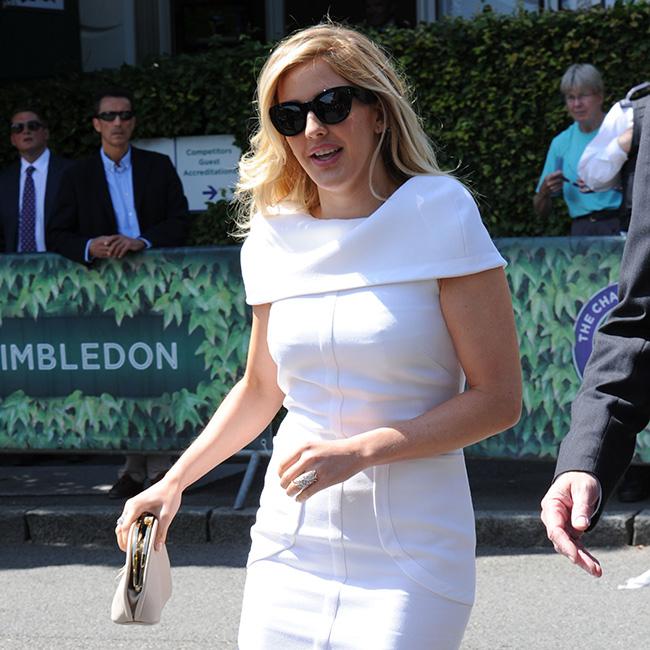 Ellie Goulding was a guest of the Royal Box at Wimbledon on Wednesday (06.07.16).
The ‘Army’ singer watched Roger Federer play against Croatia’s Marin Cilic on Centre Court ahead of British champion Andy Murray’s game with France’s Jo-Wilfried Tsonga.
The 29-year-old star looked effortlessly glamorous in a long white gown which she teamed with sophisticated sunglasses, far different from her usual festival attire.
And Ellie wasn’t the only celebrity in attendance as Hollywood actor Bradley Cooper and his girlfriend Irina Shayk, TV’s Bear Grylls, his wife Shara and ‘Poldark’ star Aidan Turner also came along to the prestigious sporting event held in South West London.
And retired footballer David Beckham also attended with his sons Romeo, 13, and Cruz, 11.
Ellie’s visit to the Royal Box comes after it was rumoured she was dating Britan’s Prince Harry, however, they are simply “good friends”.
A source said: “They have fun together, but first and foremost they are good friends and that’s how they intend on keeping it. It means the world to Harry to have Ellie in his inner circle.”
The British songstress is also close friends with Harry’s brother and sister-in-law, the Duke and Duchess of Cambridge, who invited the blonde beauty to perform at their wedding reception in April 2011.