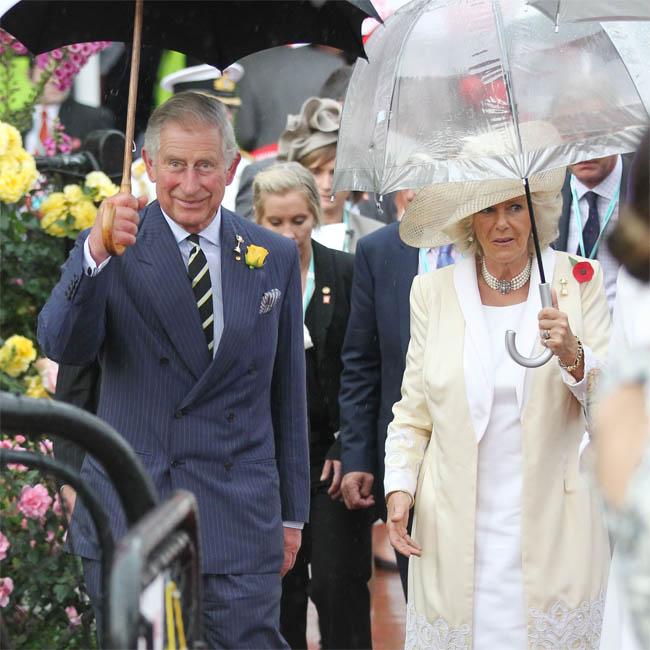 Britain’s Prince Charles and his wife Duchess Camilla had an intense bake-off in Wales on Thursday (07.07.16).
The fiercely competitive couple, who got married in 2005, weren’t afraid to get their hands dirty when they paid a visit to the historic Talgarth Mill, an old water mill, in Talgarth.
The pair were faced with the challenge of bread-kneading and, although they were head-to-head, Camilla and Charles still supported one another as they got stuck in to the task.
As the 67-year-old prince pushed his fingers into the dough, he joked, making reference to the popular baking show ‘Great British Bake Off’: “It’s The Great Welsh Bake Off.”
Camilla, 68, giggled before offering up her own piece of advice: “Think of all the people you’d like to punch.”
The blonde beauty then had a go at moulding the bread herself as she sunk her hands into the stodgy mixture.
Speaking to miller Neil MacPherson, according to PEOPLE.com, she said: “You’re not going to make me do this?” before adding: “I’ll have a go at anything!”
Charles watched on with an impressive smile on his face before he cheered his wife on, saying: “Roll it, roll it, roll it.”