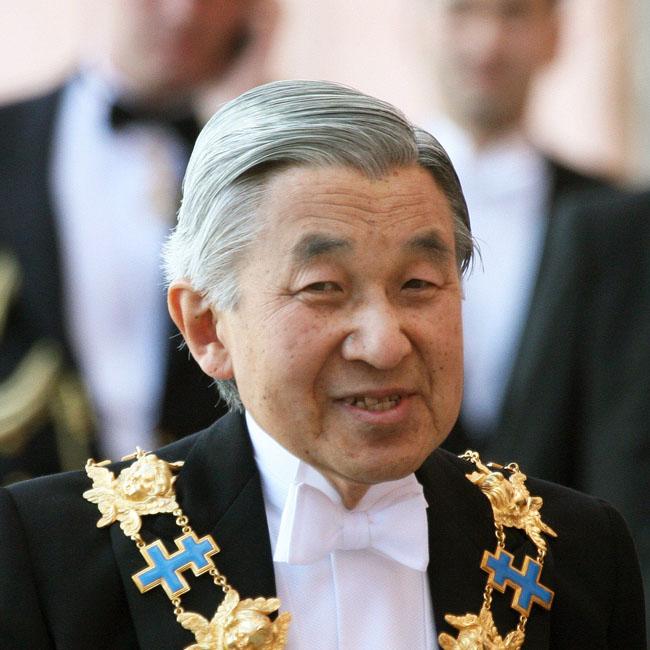 Emperor Akihito reportedly wants to resign.
The 82-year-old royal – who has battled with prostate cancer and a heart operation in recent years – has admitted he wishes to abdicate within the next few years because he doesn’t want to keep hold of his title if he is forced to reduce his official duties due to the health issues, according to NHK online.
And it has been reported Akihito – who helmed the reign in 1989 following his father’s death – has slowly been handing over roles to his son Crown Prince Naruhito, 56, who is the eldest of his two sons.
Although a spokesperson has denied allegations Akihito will resign, another source from Japan’s government has revealed the emperor – who could be the first leader to quit the throne in 200 years – has allegedly been contemplating this move for over a year.
Meanwhile, the Emperor has been thought highly of by the public because of his principles, which has seen him distance the monarchy from associations to the aggressive nationalism linked to World War Two, and for speaking out on national television about the devastating natural disaster, which hit Fukushima in 2011.
Speaking previously at a ceremony, which marked the 70th anniversary of the end of the war, he said: “Looking back at the past, together with deep remorse over the war, I pray that this tragedy of war will not be repeated and together with the people express my deep condolences for those who fell in battle and in the ravages.”