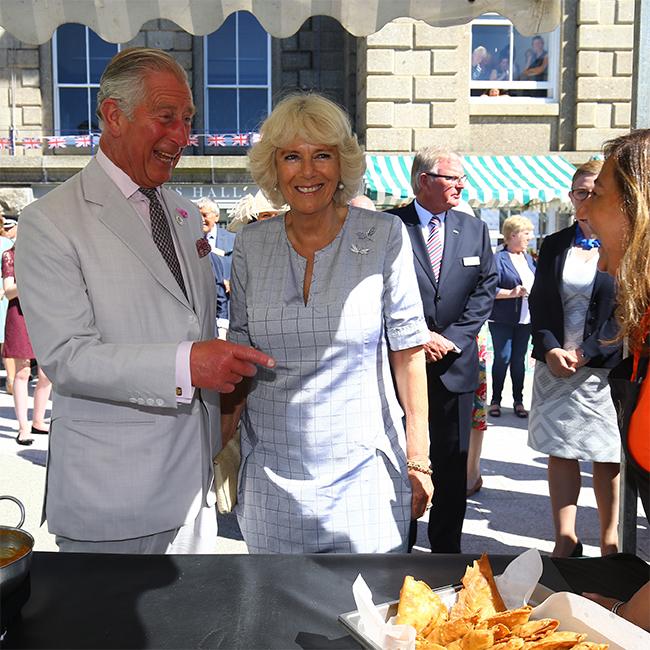 Prince Charles and Duchess Camilla visited Martin Clunes on the set of ‘Doc Martin’ on Tuesday (19.07.16).
The 67-year-old royal chatted with the 54-year-old actor – who plays the lead character Dr Martin Ellingham in the British television show – as they toured the beautiful fishing village of Port Isaac in Cornwall.
The royal couple also met with Caroline Catz, who plays Martin’s wife Louisa as well as other cast members including Joe Absolom (Al Large).
Cast members convened in Nathan Outlaw’s restaurant before braving the heat to step outside and enjoy the sights of Port Isaac, which is known as the fictional village of Portwenn on the show, and pose for some photographs.
Earlier in the day, the Prince of Wales was at the harbour at Port Isaac, where he met with members of the local Royal National Lifeboat Institution (RNLI) as well as nearby business owners and tourists.
Prince Charles was also introduced to a Jack Russell dog called Jenny Cook, who joins its owner Michelle Pavey on the boat when she goes out to train with Port Isaac Rowing Club.
Of the popular pooch, club member Stephanie Gardner said: “Jenny Cook loves going out rowing with us and comes with us twice a week and wears her own lifejacket.
“She is a popular dog and has her own Facebook page. She will be able to add the picture of herself and the Prince to her Facebook page alongside the one with Martin Clunes.”