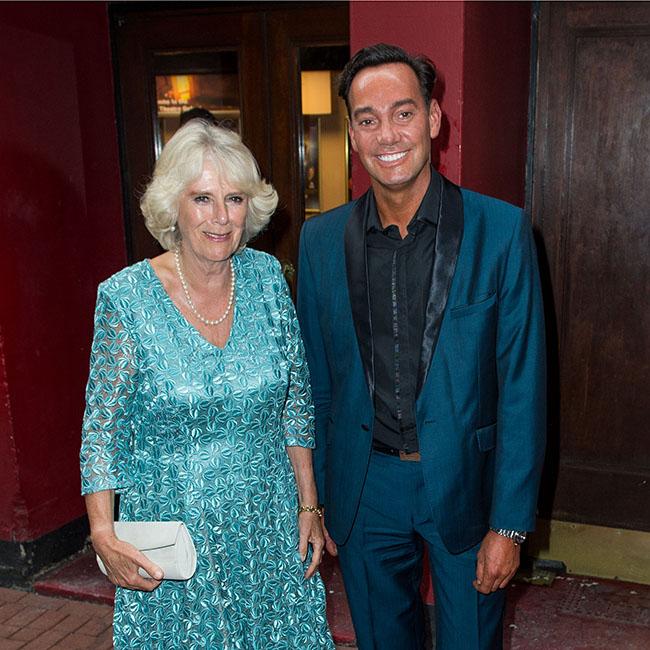 Craig Revel Horwood wants the Duchess Camilla to replace Len Goodman on ‘Strictly Come Dancing’.
The 51-year-old judge has revealed who he thinks would be best suited to replace the head of the BBC One ballroom show’s panel when the 72-year-old star leaves after 12 years.
He told Woman magazine: “When it comes to my dream new judge – well, it’s got to be my friend the Duchess of Cornwall.
“I’ve been desperate to get a royal on the show. Camilla could be just wonderful.”
Craig is a close pal of Camilla – the wife of Prince Charles – and previously said she is a big fan of the show.
He said: “She loves the show. She absolutely adores it.”
Meanwhile, head honcho Len recently admitted he wanted to call it a day before he was kicked out.
He said: “I am doing one last series – it will be my swansong…One more ‘Strictly…’ and then I will see what happens. At the end of the day I have been doing it for 12 years and I wanted to get out before people started saying, ‘Get that old boy off.’ “
Len has also been considering who might take the baton once the next series wraps up.
He explained: “It would be nice if [‘Strictly’s’ professional dancer] Anton Du Beke took over – someone from the world of ballroom rather than stage or theatre dancing.”
And, although bosses are devastated to see him go, producers are determined to give Len the best send off by making his final series the “most spectacular” yet.
Louise Rainbow, Executive Producer of ‘Strictly Come Dancing’ said: “Whilst we will be sad to say goodbye to Len, as our way of saying thank you, we are all determined to make this series the most spectacular and most glittery.”