Prince Harry’s HIV test leads to surge in self testing 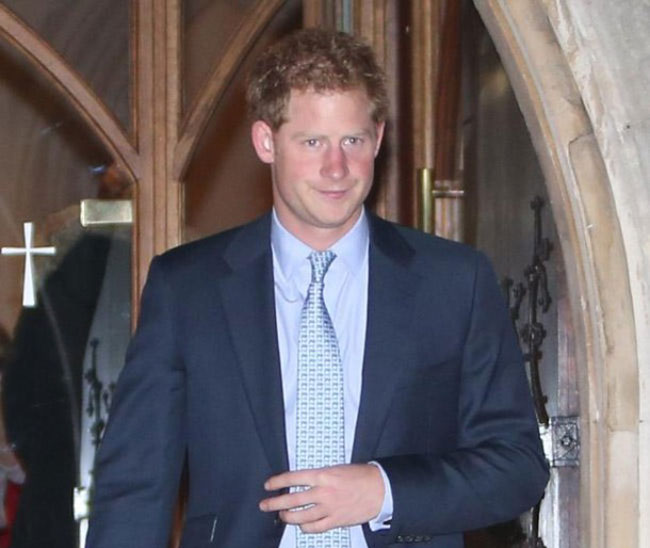 Prince Harry’s HIV test has lead to a five-fold increase in testing for the infection.
The 31-year-old royal has inspired young people to get tested after he himself underwent the simple test earlier this month live on the internet.
The Terrence Higgins Trust set up a pilot scheme to offer the medical screening to thousands of people for free and has praised Harry for encouraging people to be checked after underwent his own test live on Facebook.
Taking to their official Twitter page, they wrote: “Brilliant! Prince Harry’s #HIV test plea led to a five-fold increase in requests during our self test pilot (sic)”
And Dr. Michael Brady, the Medical Director of Terrence Higgins Trust, commented: ” “We know that one in six people living with HIV do not know that they have it. Testing puts you in control and, thanks to treatment, will stop you from getting seriously ill, enable you to live a normal lifespan and prevent you from passing the virus on to anyone else.
“That’s why it’s so important that we continue looking for new ways to make HIV testing more accessible to those most at risk, and why it’s fantastic to see the very tangible and immediate impact of Prince Harry’s support for HIV testing.”
Harry recently joined Sir Elton John in South Africa as he signed the United Nations Programme on HIV/AIDS’ ProTest wall where he questioned why anyone wouldn’t want to take the simple test.
Meanwhile, the ‘Rocket Man’ hitmaker previously praised Prince Harry for undergoing the HIV test and broadcasting it live to the world.
He wrote at the time: “In 1991, Princess Diana moved a mountain by addressing the stigma surrounding people living with HIV/AIDS. She showed the world we could safely wrap our arms around AIDS patients, by shaking hands with a patient without gloves. We’ve made huge strides since then in the treatment of the disease.
“People now live long, happy lives with HIV, when the virus is effectively managed with anti-retrovirals. Despite this amazing progress, most people today are still frightened and stigmatised at the notion of taking an HIV test. Today in London, Prince Harry gave that stigma a knock on the head by showing the world how easy and simple it is to take an HIV test. Bravo Prince Harry! Your mother would be so proud of you.”