Duchess Catherine regrets having no camera on Bhutan trip 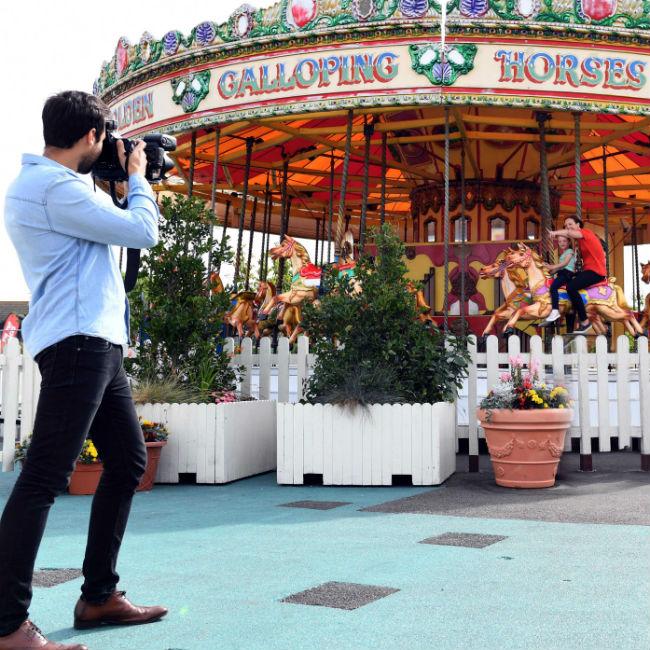 Duchess Catherine regretted forgetting her camera in Bhutan.
The 34-year-old royal is a keen amateur photographer and rued not taking her equipment along during a “once in a lifetime” mountain expedition when she and her husband Prince William were on an official visit to the region in April.
Photographer Samir Hussein, who has worked closely with the royal couple, said: “We went on a trek and we were taking pictures of them climbing up the trek and she was joking around then that she wished she had her camera with her and how she had forgotten her camera and when she got to the top she would have loved to have taken some pictures as well.
“So we were just having a general chat then about when you’re in places like that, how important it is to get memories that you can cherish and she was saying it’s this amazing once-in-a-lifetime trek up this mountain in Bhutan and she didn’t have her camera with her, but we were joking that there were plenty of pictures from us but she wanted her own.
“Photography is something she has a keen interest in.”
Samir has been working closely with British short break company Butlin’s to train a team of roving photographers to take candid family photos of holidaymakers after they discovered parent spend an average of five hours per break creating the perfect pictures.
Butlin’s want to encourage families to take fewer but better photos, share the ones that say something real about their family, and spend time living in the moment, but Samir doesn’t think Catherine – who has taken some of the official photographs of her children Prince George, three, and Princess Charlotte, 13 months – needs much help as she is already great at capturing “candid, natural moments”.
He exclusively told BANG Showbiz: ” I think they’re good, the main thing that comes across from them is that they’re very natural moments which is exactly the kind of thing we’re trying to achieve with Butlin’s – getting these candid natural moments – and technically they might not be.
“I look at them and can tell they’re not taken by a professional photographer, they might not be perfect but what comes across is definitely that they’re very natural and very candid. It’s a kind of thing that every family can identify with, with pictures of George playing around with their dog or whatever, that could be a family moment for anyone in their back garden and I think people really appreciate those kind of photos rather than the staged portraits that they often get. I think the public really identify with those kind of pictures.”
Families who put Samir’s photo dos and don’ts into practice this summer can also share their snaps using #RealFamilyMoments and @Butlins. For more information visit www.butlins.com