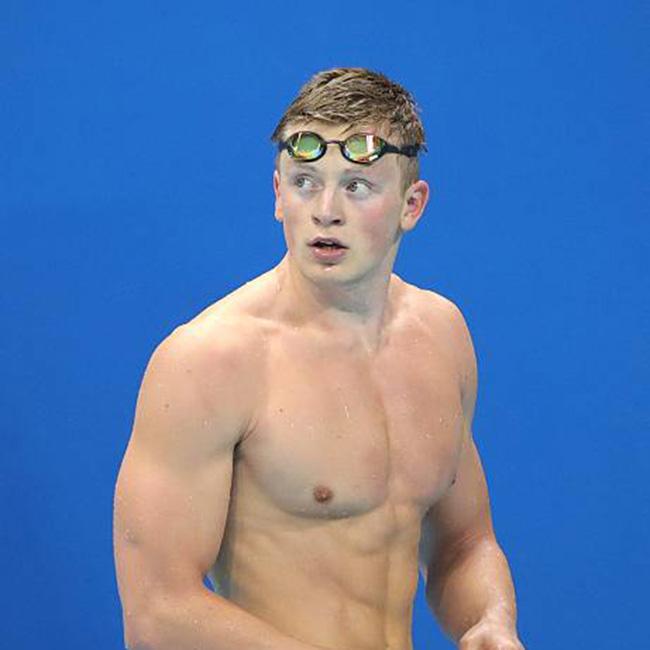 Team GB’s Adam Peaty has thanked the Royal family for making him “proud to be British”.
The 21-year-old swimmer picked up the first gold medal at the 2016 Rio Olympics in Rio De Janeiro, Brazil, on Monday (08.08.16) and has thanked the Monarch for making him feel privileged to be a part of Great Britain.
After his win, he told The Derby Telegraph:”Coming into the Games, everywhere I went people were saying “it’s going to be tough.”
“But pressure isn’t real; it’s a thing in your mind. Going out there tonight, I wasn’t scared of anyone.
“It’s great to get the first British medal and great to get it for swimming.
“It makes it all worthwhile. For all the times that you want to go back to bed at 4am.
“I’m so proud to be British. I’d like to thank the Royal family and everything that makes me proud to be British.”
Following Adam’s triumph, Kensington Palace posted a message of support to the young sportstar.
A tweet on the official page for the palace read: @adam_peaty huge congratulations! Olympic champion, world record & @TeamGB first gold medal of #Rio2016 #BringOnTheGreat (sic)”
The Royal family are proud supporters of the Olympics with Prince Harry and the Duke and Duchess of Cambridge having been ambassadors at the 2012 London Olympics.
Meanwhile, Adam will face the relay at the games next week.
Asked what he’s going to do next, he said: “I want to relax and focus first of all. Then I will concentrate on the relay later this week.”