The Duchess of Cambridge Expecting Her Third Baby? 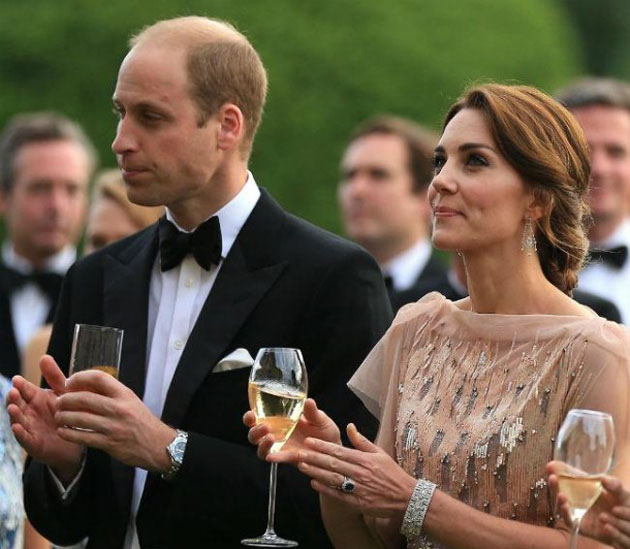 The Duchess of Cambridge is reportedly expecting her third baby.

The 34-year-old royal – who married Prince William in 2011 who have three-year-old son Prince George and 15-month-old daughter Princess Charlotte – is rumoured to be expecting another child who is believed to be due in December this year, according to I B Times website.

The news comes after the reports her spouse was planning to leave Catherine at home in London to attend a royal visit to attend the seventieth anniversary of North Rhine-Westphalia in Dusseldorf, Germany, later this month without his wife and two children.

William will be expected to give a speech during his visit and attend a gala alongside Angela Murkel during his stay.

Kensington Palace’s social media account announced the news William will be travelling solo. It tweeted: “During [Prince William’s] visit, HRH will attend events honouring the role of British Forces Germany and the strong ties between [North Rhine-Westphalia] and Britain.”

However the Palace have not confirmed the reason behind William travelling alone, nor has it been confirmed Catherine is expecting another child to add to her brood.

Meanwhile the family are planning to bring their two tots along with them on their trip to Canada this year, and it is believed the family vacation will be tailored to suit the children’s needs.

Speaking previously, a source close to the family said: “There will be parts of the itinerary designed to include the children.

“The climate will be comfortable and a lot of outdoor activities will be part of the trip … plenty of outdoor moments and visits to endangered places of nature.”

The family of four as well as their team, including babysitter Maria, hair stylist Amanda Cook Tucker, will accompany the family on their trip.

The group will board a first class commercial flight to the city of Vancouver at the end of next month where they will reside for one week.