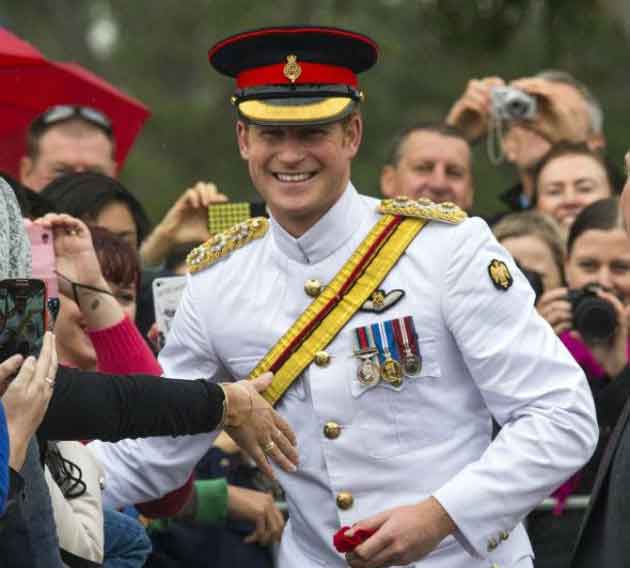 Prince Harry runs his own errands.
The 31-year-old royal reportedly likes to do as much as possible for himself and regularly takes trips to the local coffee shop and supermarket near Kensington Palace, west London.
A source told The Daily Beast: “Harry sticks on a baseball hat and pops out to Starbucks on Kensington Gore to get lattes for the staff and nips down to Tesco on the High Street to get milk. He never gets spotted – it’s weird.”
Meanwhile, the flame-haired royal is taking an equally modern approach to dating and wants to appear on dating show ‘Take Me Out’.
The show’s host Paddy McGuinness recalled: “We’re having something to drink in the evening and who do I bump into? Prince Harry. [Harry] walks in the room [and] he comes straight up to me and he goes, ‘I want to be on your show – I want to go to Fernando’s.’
“I was like, ‘I don’t think you need the help.’ I’m a lad from Bolton and I’ve got a prince of England asking me if he can go to Fernando’s. It doesn’t get much better than that. All the lads had their mouths open thinking, ‘What the hell happened?'”
And Harry previously admitted he worries about how the spotlight would affect a potential girlfriend.
He said: “If or when I do find a girlfriend, I will do my utmost … to ensure that me and her can get to the point where we’re actually comfortable with each other before the massive invasion that is inevitably going to happen into her privacy. The other concern is that even if I talk to a girl, that person is then suddenly my wife, and people go knocking on her door.”