Duchess Catherine ‘Dress’ on Sale for £130 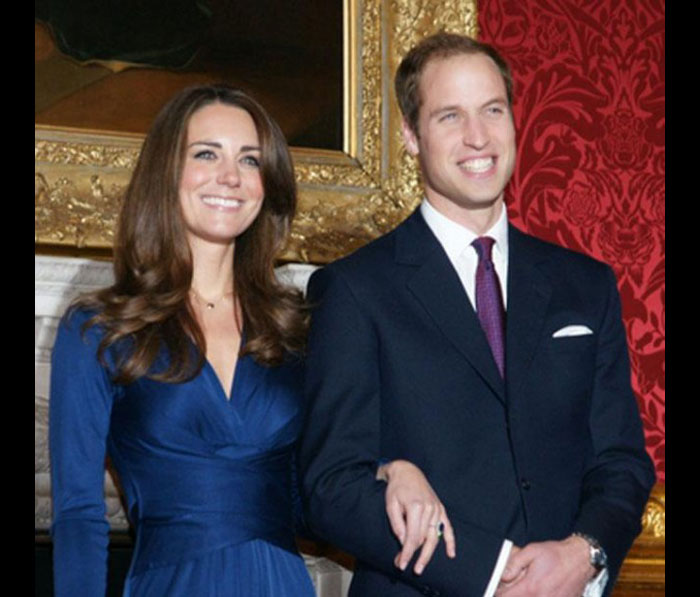 A dress which closely resembles Duchess Catherine’s engagement outfit is on sale for £130.

The attire, called the Gisele, is being sold in Monsoon as part of 13 wrap dresses on offer and bears a striking similarity to the royal’s blue Issa dress she wore in 2010 when announcing her engagement to now-husband Prince William.

According to PEOPLE, the outfit is available for a snip at £130 as Catherine’s Issa dress sold out quickly for around £408 when she was pictured wearing the outfit for the special announcement.

It is perhaps not a coincidence that one of the Monsoon dresses resembles Catherine’s famous attire as it is by the same designer.

Daniella Helayel, former creative director of Issa, is behind the latest collection.

Catherine – who has kids, Prince George, three, and 15-month-old daughter Princess Charlotte with William – recently had her stunning lace Sarah Burton wedding dress displayed at Buckingham Palace from July to October 2011 and she “personally chose” which of Samir Hussein’s pictures were exhibited.

Discussing his favourite photos, Samir said: “One that springs to mind is the picture of Kate at her royal wedding with Pippa. I think that’s one of Kate’s favourite pictures from the wedding she actually personally chose that picture to be used when the dress went on display at Buckingham Palace.

“They had a big sort of marketing campaign and that was when it started getting all crazy with William and Kate, it’s a very memorable picture for me because that’s what kick-started a lot of my career with the royals.”